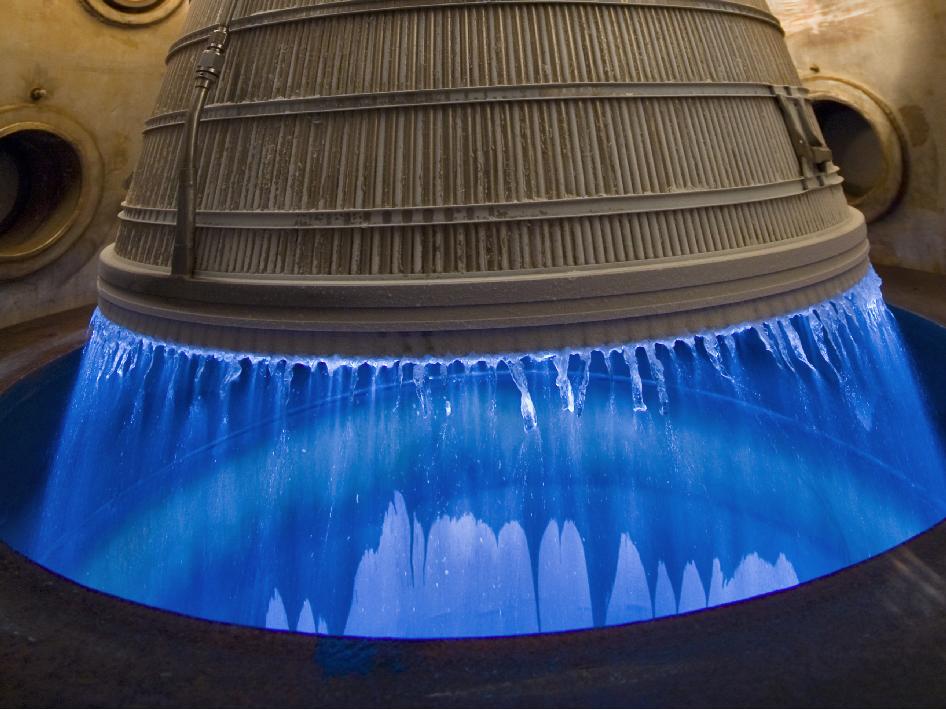 Spacecraft attempting to land on an unfamiliar surface need to perform a maneuver called “deep throttling" -- a step that allows the vehicle to precisely throttle down to perform a smooth, controlled landing. NASA and industry partners have demonstrated this type of engine control capability to help design a more reliable and robust descent engine that could be used to land space exploration vehicles on the moon, an asteroid or another planet.

The Common Extensible Cryogenic Engine, also known as CECE, recently completed the fourth and final series of hot-fire tests on a 15,000-pound thrust class cryogenic technology demonstrator rocket engine, increasing the throttling capability by 35 percent over previous tests. This test series demonstrated this engine could go from a thrust range of 104 percent power down to 5.9 percent. This equates to an unprecedented 17.6:1 deep-throttling capability, which means this cryogenic engine can quickly throttle up and down.