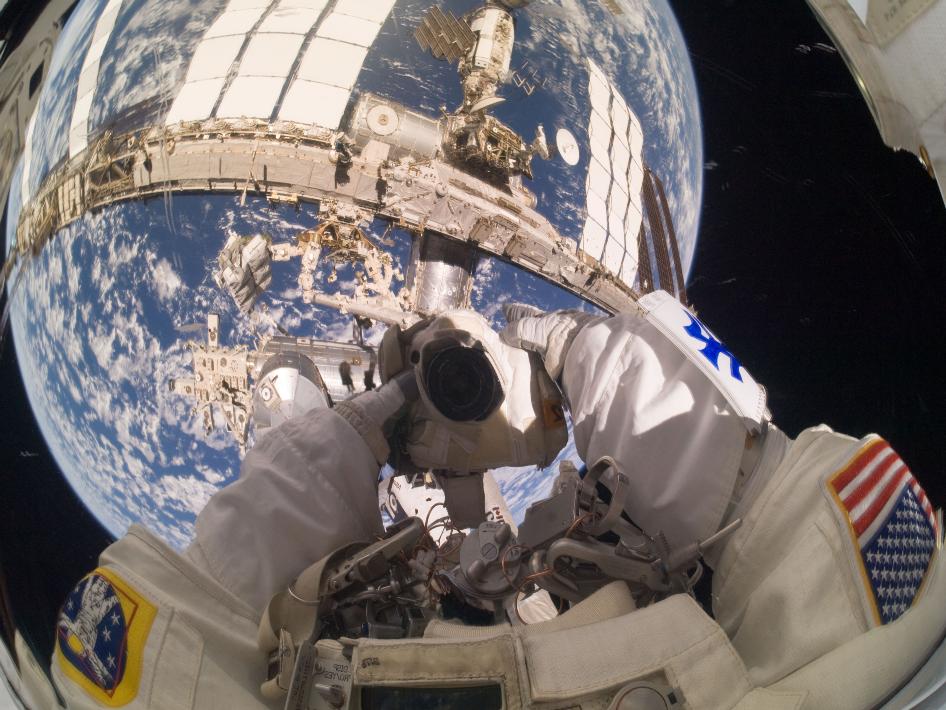 NASA astronaut Garrett Reisman takes a self-portrait visor while participating in the first of three spacewalks scheduled for the Atlantis crew and their Expedition 23 hosts. Though three spacewalks will involve only three astronauts (two on each occasion) who actually leave the shirt-sleave environments of the two docked spacecraft, all twelve astronauts and cosmonauts have roles in supporting the work. Part of the space station and the blue and white Earth are among the objects seen in his visor. Fellow spacewalker Steve Bowen, mission specialist, is out of frame.