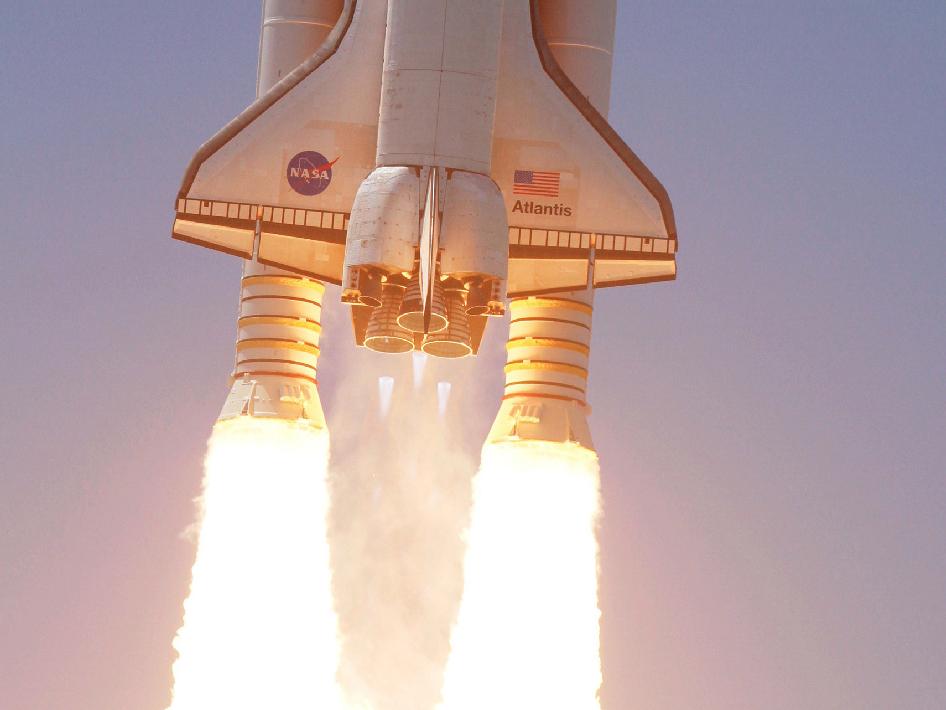 Space shuttle Atlantis soars to orbit from Launch Pad 39A at NASA's Kennedy Space Center in Florida on the STS-132 mission to the International Space Station at 2:20 p.m. EDT on May 14. The third of five shuttle missions planned for 2010, this was the last planned launch for Atlantis.