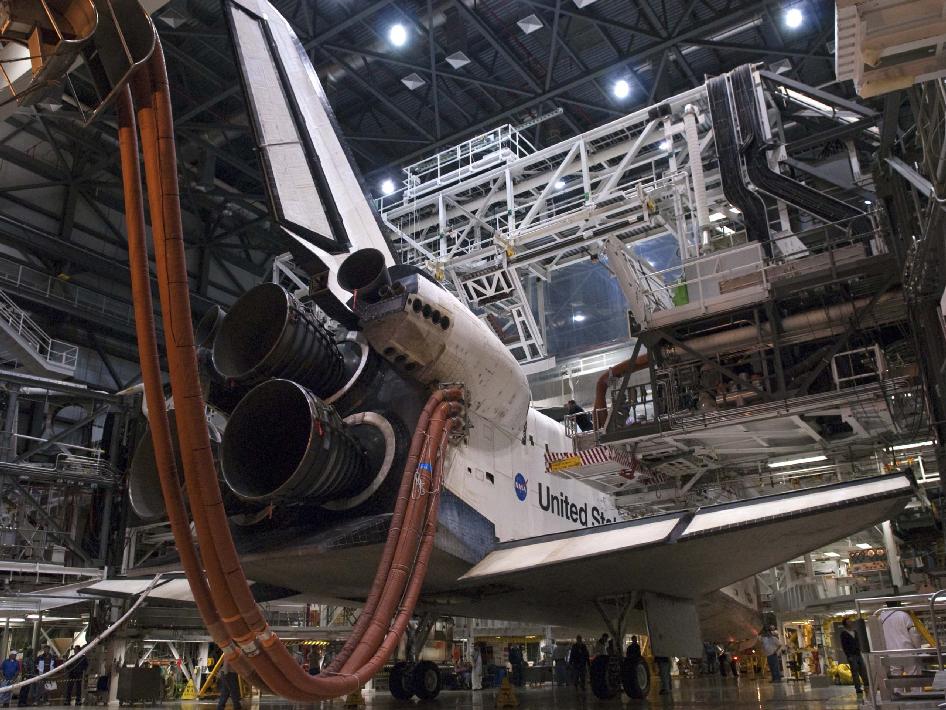 Preparing for the Next Mission

At NASA's Kennedy Space Center in Florida, work platforms are moved into position around space shuttle Endeavour in Orbiter Processing Facility-2, following its touchdown at the completion of the STS-130 mission to the International Space Station on Feb. 21.

Processing now begins for Endeavour's next flight, STS-134. The six-member STS-134 crew will deliver the Express Logistics Carrier 3 and the Alpha Magnetic Spectrometer to the International Space Station, as well as a variety of spare parts including two S-band communications antennas, a high-pressure gas tank, additional spare parts for Dextre and micrometeoroid debris shields. STS-134 will be the 35th shuttle mission to the station and the 133rd flight in the shuttle program. Launch is targeted for July 29.