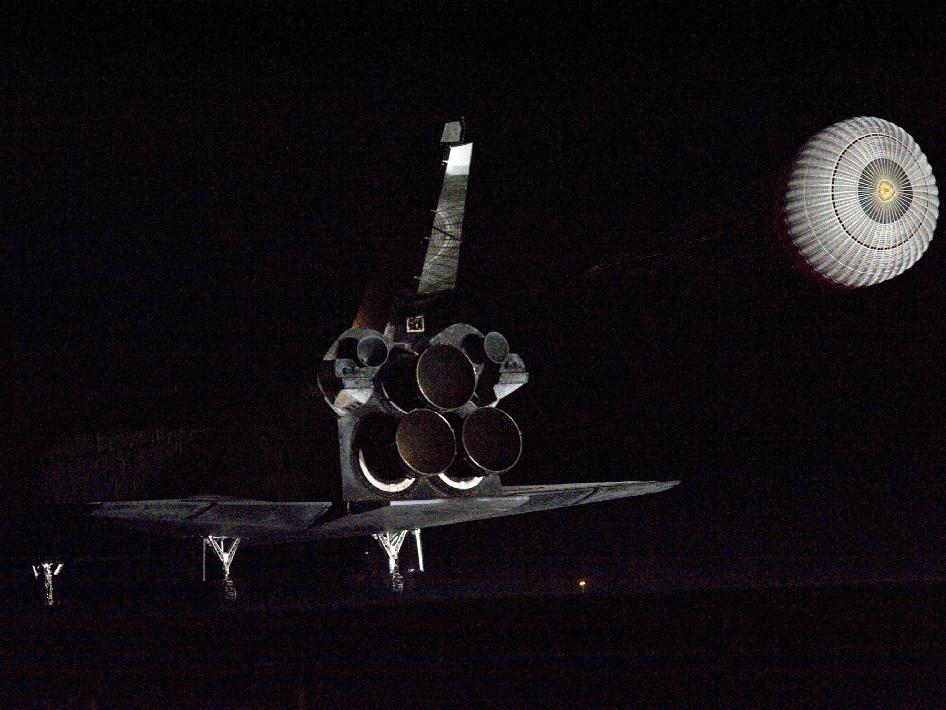 Darkness enshrouded space shuttle Endeavour as it touched down on Runway 15 at the Shuttle Landing Facility at NASA's Kennedy Space Center in Florida. After 14 days in space, Endeavour's 5.7-million-mile STS-130 mission was completed on orbit 217.

During the STS-130 mission, the crew installed the Tranquility node, a module that provides additional room for crew members and many of the station's life support and environmental control systems. Attached to Tranquility is a cupola that provides a panoramic view of Earth, celestial objects and visiting spacecraft. The module was built in Turin, Italy, by Thales Alenia Space for the European Space Agency. With these improvements, the orbiting laboratory is approximately 90 percent complete.