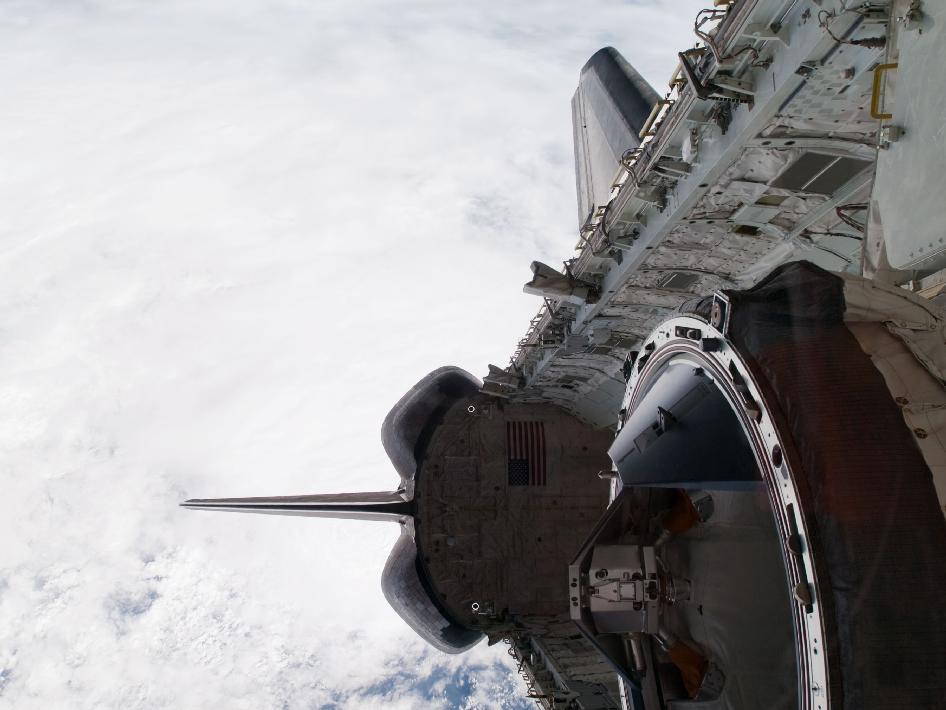 This view of the port side of space shuttle Endeavour's cargo bay was recorded after separation from the International Space Station on Feb. 19, 2010, as the STS-130 astronauts prepared for a Feb. 21 landing, after spending over a week working in tandem with the Expedition 22 crew members aboard the station. Other than the docking system hardware, the cargo bay is empty after delivering the Tranquility node and the new cupola to the orbital outpost.