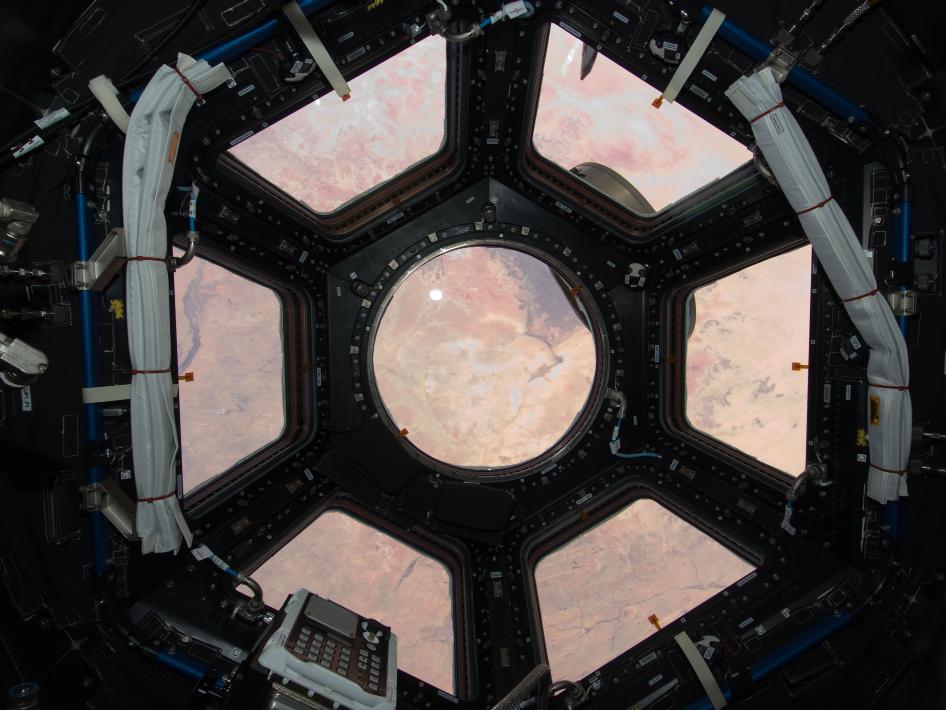 Let There Be Light

Endeavour pilot Terry Virts opened the windows of the newly installed cupola one at a time early Wednesday, giving spacewalkers Robert Behnken and Nicholas Patrick an early look into the International Space Station's room with a view that they had helped install.

The cupola's fully opened windows look down on the Sahara Desert in this image that was 'tweeted' from space by JAXA astronaut and Expedition 22 flight engineer Soichi Noguchi.