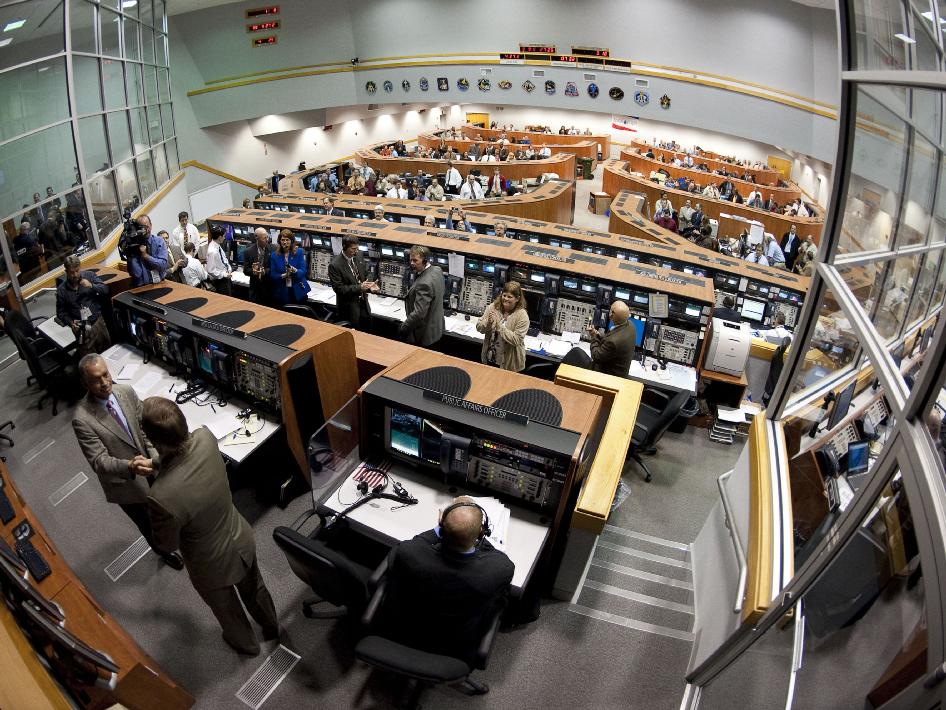 NASA Administrator Charles Bolden, left, is seen in this fish-eye view as he congratulates NASA Shuttle Launch Director Michael Leinbach and the launch team in Firing Room Four of the Launch Control Center for a successful launch of the space shuttle Endeavour and the start of the STS-130 mission at NASA Kennedy Space Center in Cape Canaveral, Fla. on Monday, Feb. 8, 2010. Endeavour and its crew will deliver to the International Space Station a third connecting module, the Italian-built Tranquility node and the seven-windowed cupola, which will be used as a control room for robotics.