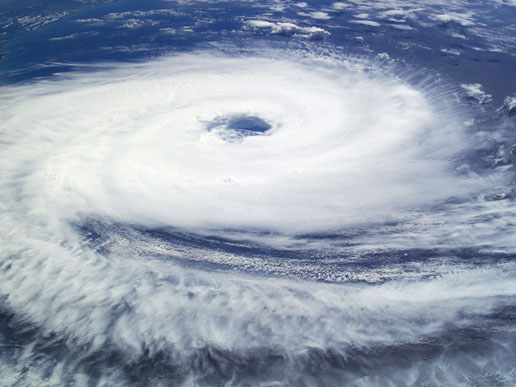 The crew of the International Space Station photographed the cyclone making landfall on the southern Brazilian state of Catarina -- the storm has been unofficially dubbed "Hurricane Catarina".

The South Atlantic Basin has only seen two tropical cyclones, but no hurricanes. However, the last week in March, a circulation center well off the coast of southern Brazil developed tropical cyclone characteristics and continued to intensify as it moved westward.