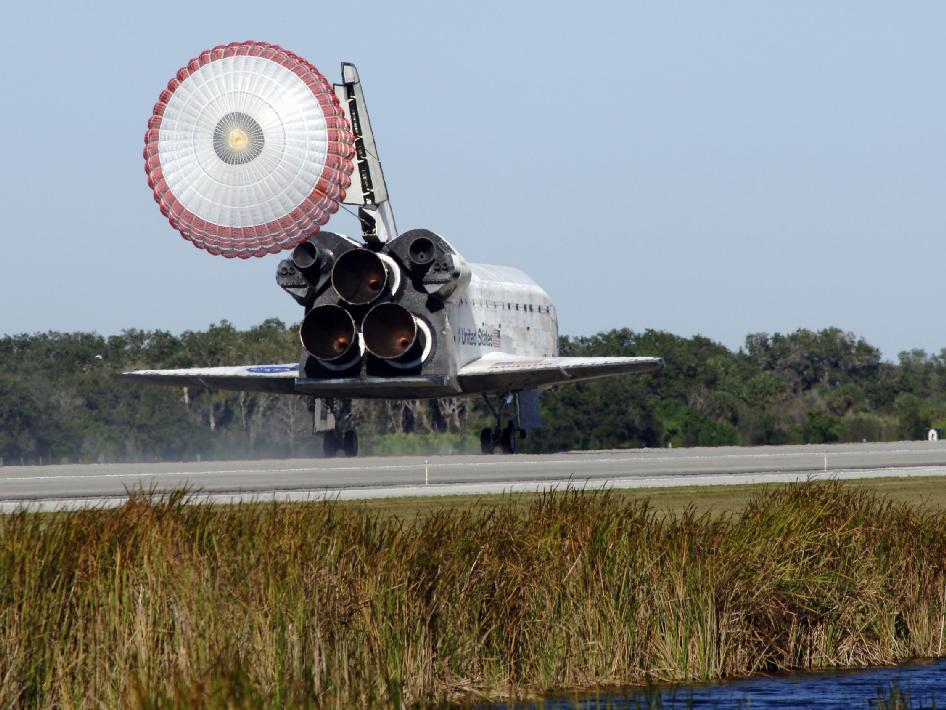 The drag chute unfurled as space shuttle Atlantis landed on Runway 33 at the Shuttle Landing Facility at NASA's Kennedy Space Center in Florida after 11 days in space, completing the 4.5-million mile STS-129 mission on orbit 171. Main gear touchdown was at 9:44:23 a.m. EDT. Nose gear touchdown was at 9:44:36 a.m., and wheels stop was at 9:45:05 a.m. On STS-129, the crew delivered 14 tons of cargo to the orbiting laboratory, including two ExPRESS Logistics Carriers containing spare parts to sustain station operations after the shuttles are retired next year.