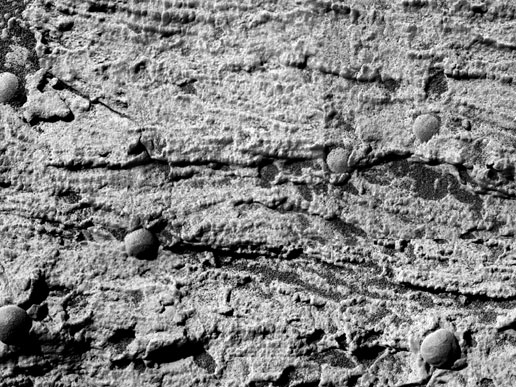 Evidence of a Martian Sea

A magnified view from NASA's Opportunity rover offers evidence that the rover sits on the shoreline of what was once a salty sea on Mars. Rippled patterns in the rocks at Meridiani Planum suggest that the land there was once a salt flat or playa, sometimes covered by shallow water and sometimes dry. Telltale patterns called crossbedding and festooning, in which some layers within a rock lie at angles to the main layers, led scientists to the conclusion that the rippled shapes formed under a current of water -- and not wind.