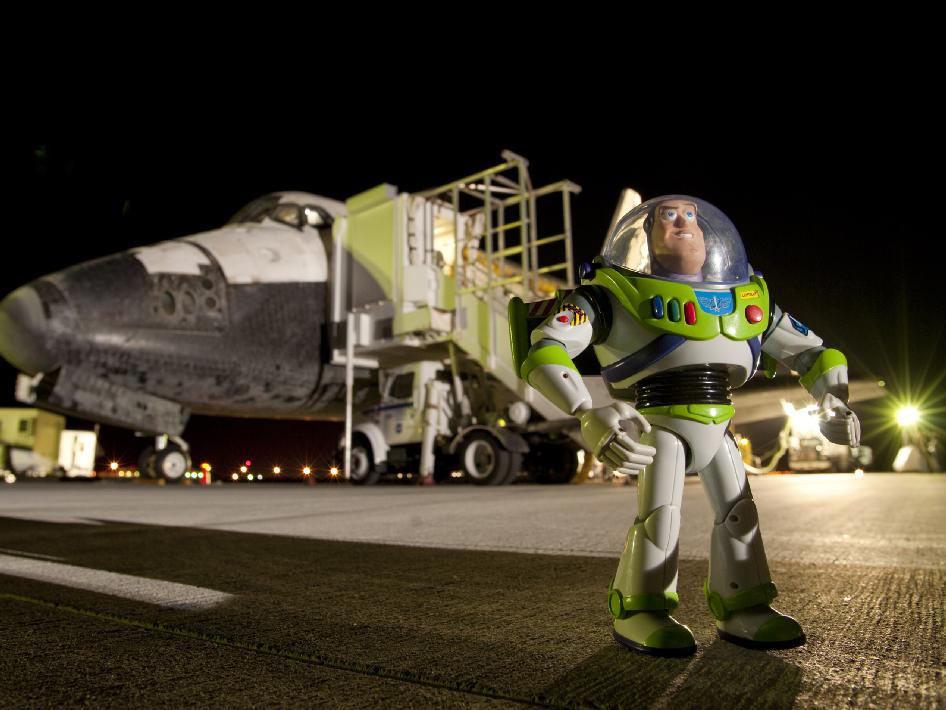 The Return of Buzz Lightyear

Disney's space ranger Buzz Lightyear returned from space on Sept. 11, aboard space shuttle Discovery's STS-128 mission after 15 months aboard the International Space Station. His time on the orbiting laboratory will celebrated in a ticker-tape parade together with his space station crewmates and former Apollo 11 moonwalker Buzz Aldrin on Oct. 2, at Walt Disney World in Florida.

While on the space station, Buzz supported NASA's education outreach program-- STEM (Science, Technology, Engineering and Mathematics)--by creating a series of fun educational online outreach programs. Following his return, Disney is partnering with NASA to create a new online educational game and an online mission patch competition for school kids across America. NASA will fly the winning patch in space. In addition, NASA plans to announce on Oct. 2, 2009, the details of a new exciting educational competition that will give students the opportunity to design an experiment for the astronauts on the space station.