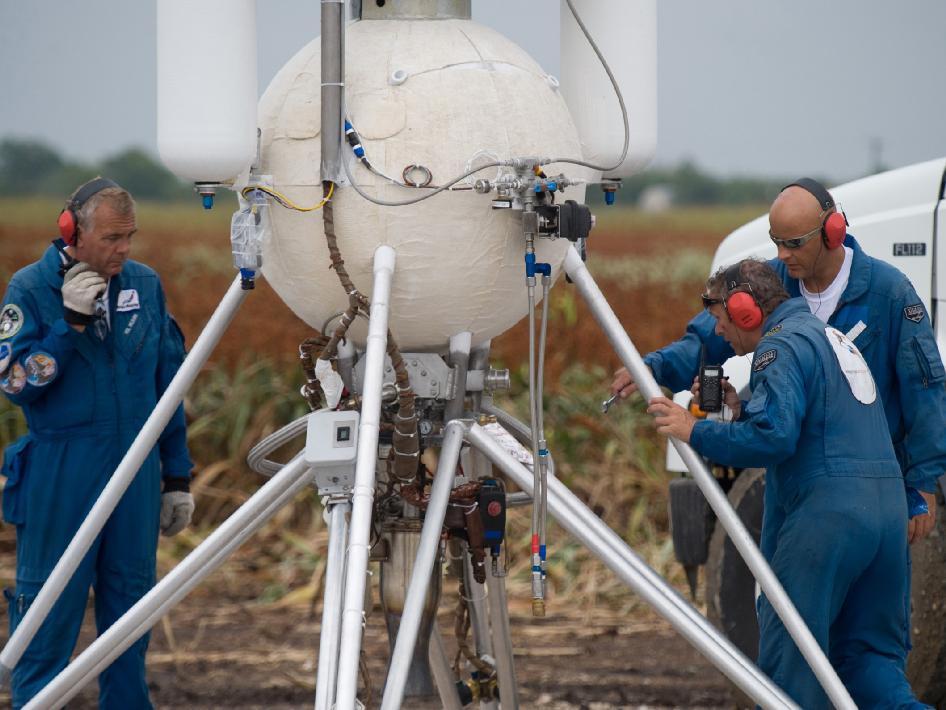 Eyes on the Prize

To qualify for the Level 2 prize, Armadillo Aerospace's rocket vehicle took off from one concrete pad, ascended horizontally, then landed on a second pad that featured boulders and craters to simulate the lunar surface. After refueling at that pad, the vehicle then repeated the flight back and landed at the original pad. The vehicle completed the round trip, including fueling and refueling operations, in one hour and 47 minutes. That was well within the two and half hour time limit for the challenge. Armadillo Aerospace also met the requirement to remain aloft under rocket power for three minutes during each of the flights.

In this image, technicians Neil Milburn, Russ Blink and Mike Vinther are shown on the launch pad performing a vehicle inspection.