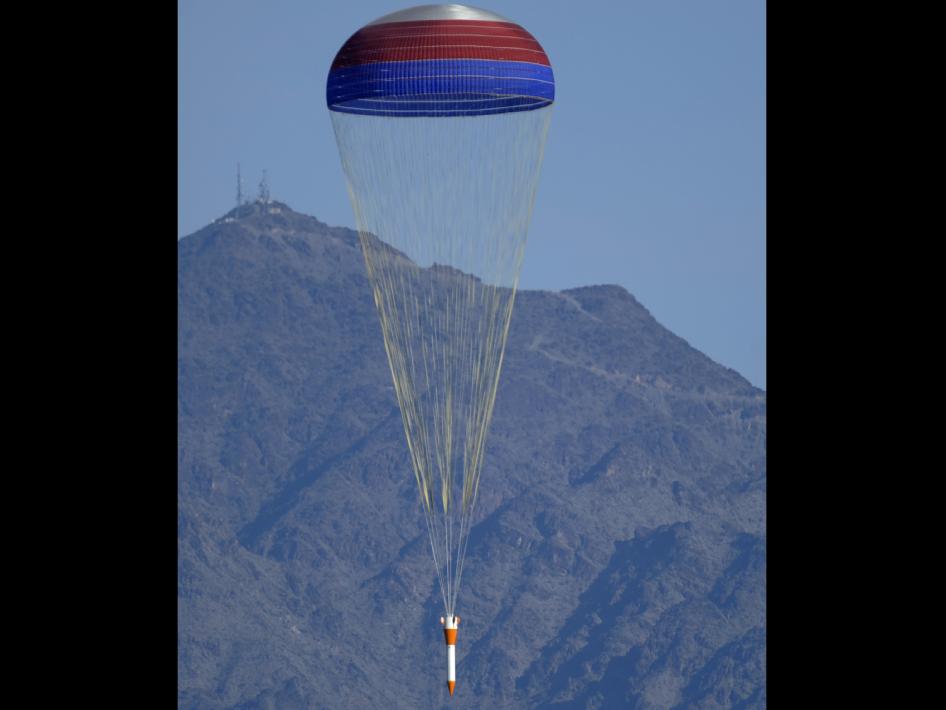 The Ares drogue parachute successfully extracted the main parachute, which enabled the recovery of the 50,000-pound test drop article.

This is the second drop test of a drogue parachute for the Ares I rocket. The test took place Feb. 28, 2009, at the U.S. Army's Yuma Proving Ground near Yuma, Ariz.

The Ares I, the first launch vehicle in NASA's Constellation Program, will send explorers to the International Space Station, the moon and beyond in coming decades. The drogue parachute is a vital element of the rocket's deceleration system; it is designed to slow the rapid descent of the spent first-stage motor that will be jettisoned by the Ares I during its climb to space. The parachute will permit recovery of the reusable first-stage motor for use on future Ares I flights. The first-stage solid rocket motor will power the Ares I rocket for the first two minutes of launch.