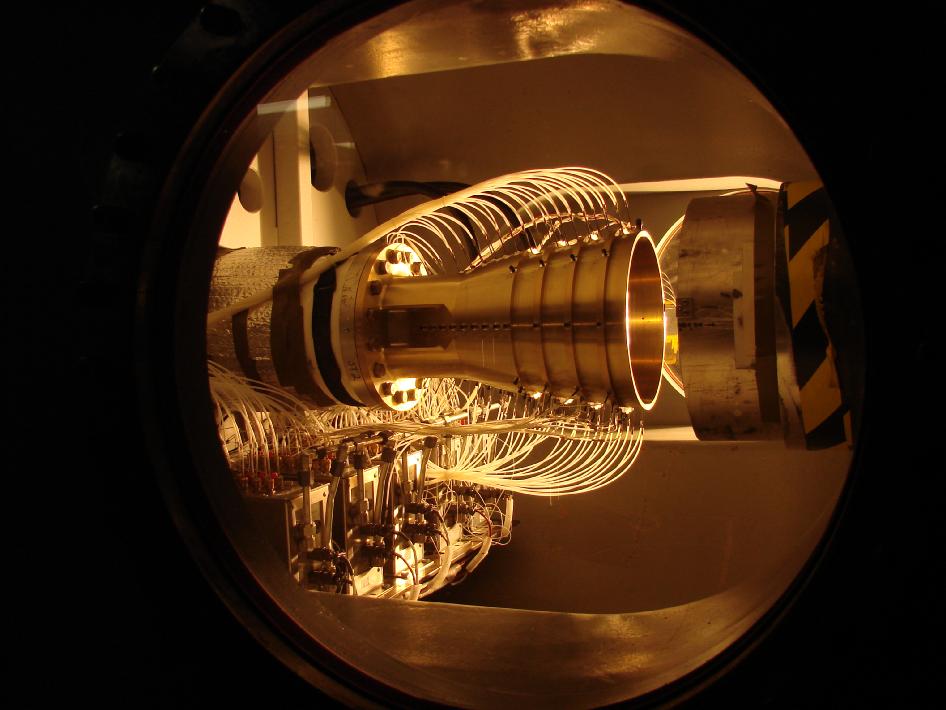 The J-2X engine will power the upper stages of the Ares I and Ares V launch vehicles. Ares I is a two-stage rocket that will transport the Orion crew exploration vehicle to low Earth orbit. Ares V will enable NASA to launch a variety of science and exploration payloads, as well as key components needed to go to the moon and later to Mars.

This image shows the rocket engine exhaust nozzles, which are being designed and tested at NASA's Marshall Space Flight Center. Engineers at the center are testing the nozzle to ensure that it is strong enough to withstand uneven forces. Testing at Marshall's Nozzle Test Facility enables Pratt & Whitney Rocketdyne design engineers to apply test data to the computer analyses used to design the nozzle.