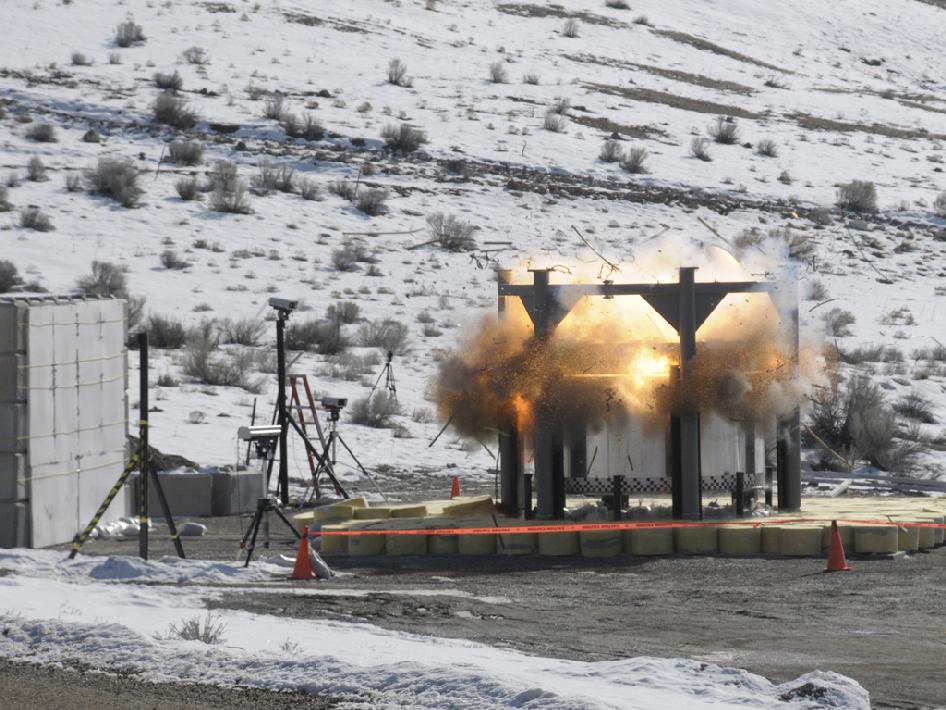 The development of NASA's next-generation crew launch vehicle, the Ares I rocket, took another step forward as Alliant Techsystems, or ATK, successfully tested a critical piece. ATK conducted a full-scale separation test of the forward skirt extension for the Ares I-X flight test at its facility in Promontory, Utah.

The Ares I-X test launch is scheduled to lift off from NASA's Kennedy Space Center in Florida during 2009. The rocket will climb about 25 miles in altitude during a two-minute powered flight. The launch will culminate with a test of the separation of the first stage from the rocket and deployment of the accompanying parachute system that will return the first stage to Earth for data and hardware recovery.

The test simulated the separation event that will take place following the first stage flight of Ares I-X. During the Ares I-X flight, the booster will separate at the frustum, a cone-shaped piece that attaches the first stage to the larger diameter upper stage.