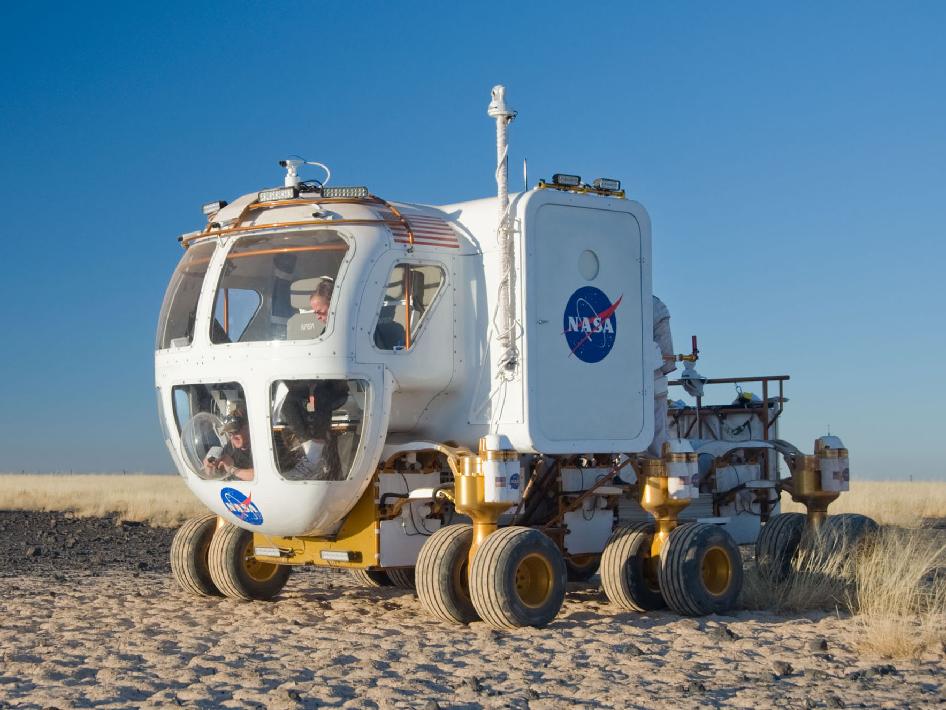 In the year 2020, NASA will be back on the moon. This time NASA will explore thousands of miles of the moon's surface with individual missions lasting six months or longer. Just as we did during the Apollo program, NASA will be developing new concepts and technologies that also will benefit life on Earth.

One concept that is in NASA's current plans is a Lunar Electric Rover. This small pressurized rover is about the size of a pickup truck (with 12 wheels) and can house two astronauts for up to 14 days with sleeping and sanitary facilities. It is designed to require little or no maintenance, be able to travel thousands of miles climbing over rocks and up 40 degree slopes during its ten-year life exploring the harsh surface of the moon. The rover frame was developed in conjunction with an off-road race truck team and was field tested in the desert Southwest by driving on rough lava.