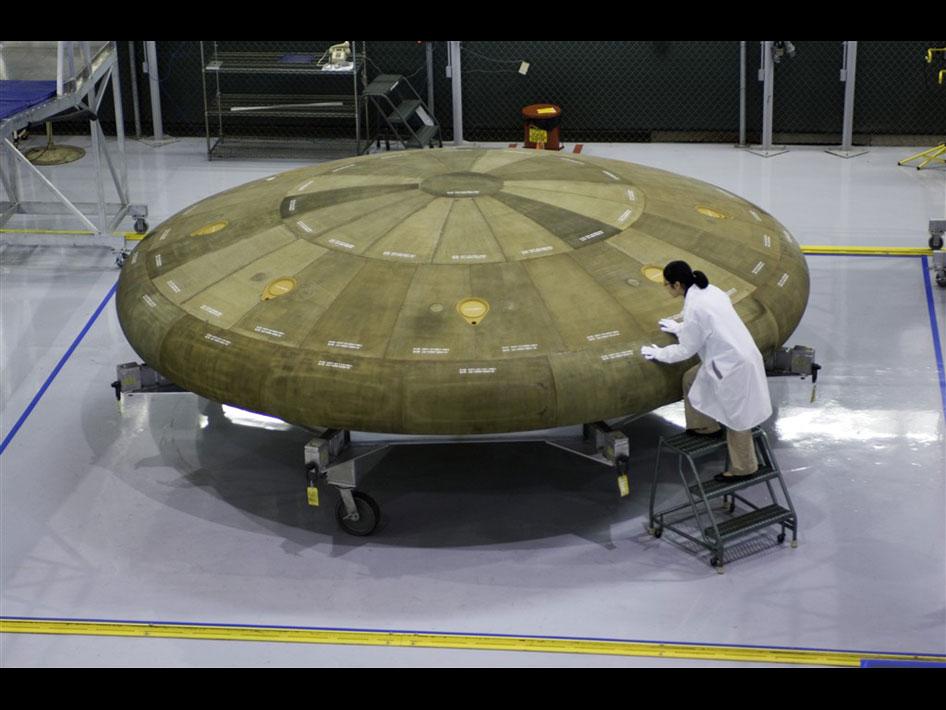 Boeing engineer Elizabeth Chu inspects the a heat shield demonstration unit developed for NASA's Orion crew capsule, the future spacecraft that will carry astronauts to the International Space Station and eventually to the moon. Boeing was awarded a contract last year to develop a prototype heat shield to protect NASA astronauts from extreme heat during re-entry into the Earth's atmosphere upon returning from lunar and low-Earth orbit missions. The work was performed at Boeing facilities in Huntington Beach, Calif.