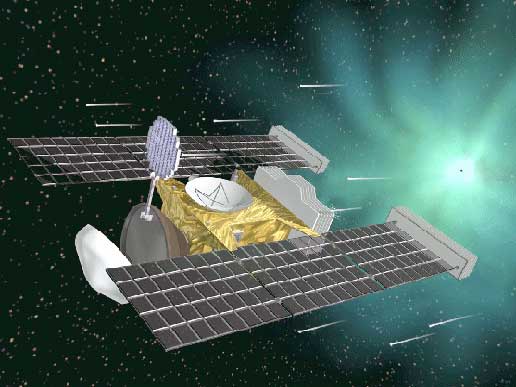 An artist's rendering shows NASA's Stardust spacecraft closing in on Comet Wild 2. After travelling about 2 billion miles in just under five years, Stardust is set to come within 186 miles of the comet on Friday, January 2, 2004. Using a "cometary catcher's mitt" filled with a special material called aerogel, Stardust will collect particles from Wild 2 and bring them back to Earth in January 2006. Photo Credit: NASA/JPL