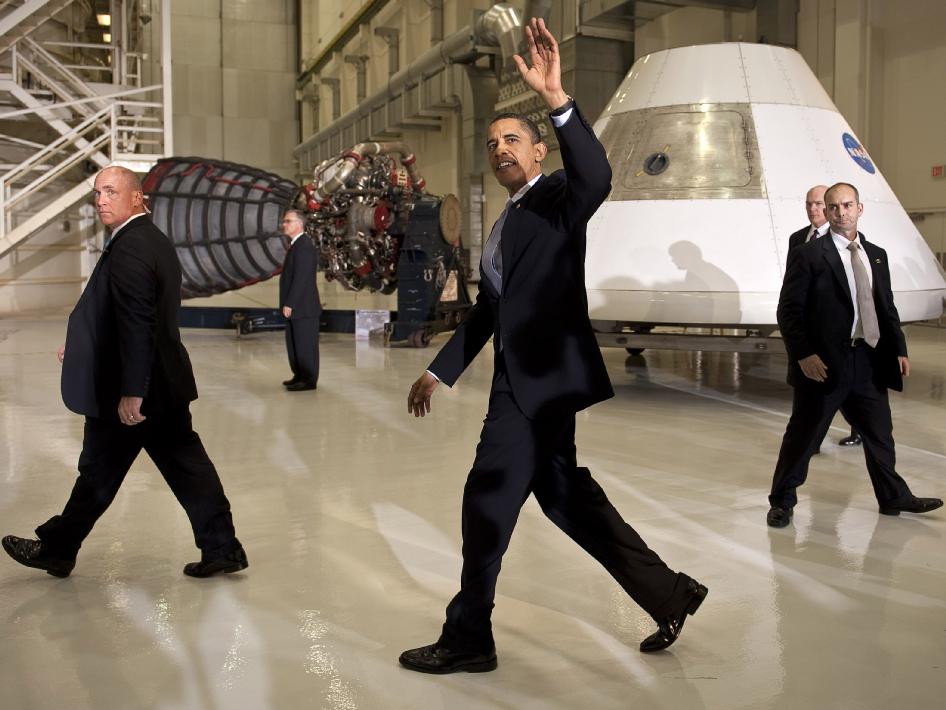 "And on a personal note, I have been part of that generation so inspired by the space program. 1961 was the year of my birth -- the year that Kennedy made his announcement. And one of my earliest memories is sitting on my grandfather’s shoulders, waving a flag as astronauts arrived in Hawaii. For me, the space program has always captured an essential part of what it means to be an American -- reaching for new heights, stretching beyond what previously did not seem possible. And so, as President, I believe that space exploration is not a luxury, it’s not an afterthought in America’s quest for a brighter future -- it is an essential part of that quest," President Obama said during his visit.