Reaching for the Sun 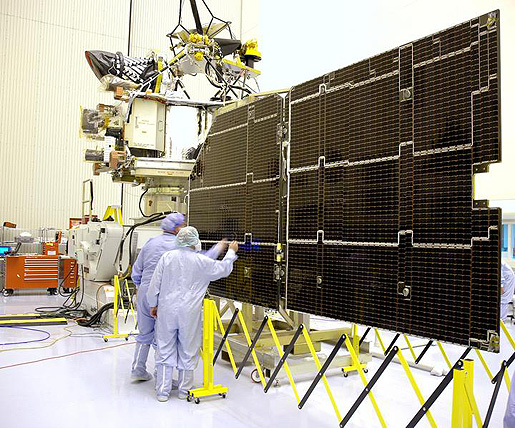 At Kennedy Space Center, Fla., technicians inspect the solar panels for the Mars Reconnaissance Orbiter (MRO) during an electromagnetic interference verification test. If no interference is found during the test, the Shallow Radar Antenna (SHARAD) will be installed on the spacecraft. MRO is scheduled to launch from nearby Cape Canaveral Air Force Station on Aug. 10.