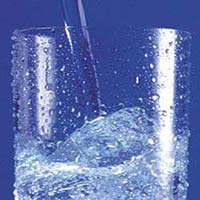 Water covers 70 percent of our planet. But do we think about the quality of water that's readily available whenever we turn on the tap or run the shower? Probably not. We don't have to.

How about our astronauts in space? Where does clean water come from when they are away from Earth for months at a time? NASA technology makes that possible.

Image right: Pure, clean water is necessary for all facets of life. Even dentistry has cleaned up its water problems using bacteria-fighting technology developed for NASA. Image credit: NASA-Spinoff

During the 1970s, NASA was looking for an advanced way to purify drinking water for the Space Shuttle. The Agency partnered with Umpqua Research Company (URC), a small business in Myrtle Creek, Ore. Umpqua developed the Microbial Check Valve (MCV) cartridge to purify the Orbiter's water supply using iodine in place of chlorine. It was so successful it has been used on every Shuttle flight. 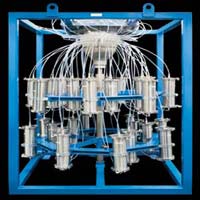 With longer durations in space, like the crew living on the International Space Station, UCR developed an improved system called the Regenerable Biocide Delivery Unit. This newer system eliminated the frequent replacement of the MCV and can be regenerated more than 100 times before replacing.

More and more chemicals are seeping into the ground, and keeping water clean is an ever-increasing challenge. NASA and its partner, Umpqua, continue to step up to the plate to protect Mother Nature's precious natural resource with new technology.

Imagine being very thirsty where the only water you had to drink was full of bacteria and chemicals. More than 1 billion people on our planet don't have the "luxury" of clean water.

Space Shuttle technology is now being used to purify municipal water systems in developing nations and a larger system has been developed to cleanse drinking water for thousands of people. 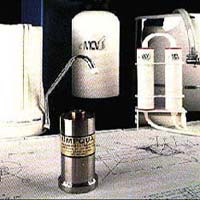 Because of its worldwide importance, NASA selected Umpqua Research to receive its Government and Commercial Invention of the Year awards for 1993.

Image right is a sampling of home-use systems. In the foreground is the original Shuttle Orbiter water purification cylinder. Image credit: NASA-Spinoff

As NASA's vision continues to become a reality, methods for water and air purification systems are in development for its Moon base and Mars missions.

Clean water is a necessity none of us can live without, no matter where we are in the universe.