Bet You Didn’t Know That! 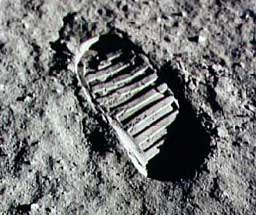 Life is full of firsts, and the life of the nation's space program is no exception. In the years since space exploration began in the 1950s, there have been many well-documented firsts. Alan Shepard, for example, became the first American to fly in space in 1961. And who can forget the indelible image of Neil Armstrong planting the first human footstep on the moon in 1969, or the excitement when Sally Ride became the first American woman in space as part of the crew of space shuttle Challenger in 1983?

Those were truly historic moments in mankind's exploration of space.

But while you may know that John Glenn was the first astronaut to orbit the Earth, do you know which crew first shaved in space? The space program's historical landscape is dotted with scores of other firsts, 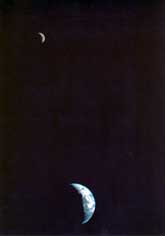 like craters on the moon. Many are significant in their own right, and a host of others are just downright fascinating. So if you'd like to test your space-savvy knowledge, see if you can identify this mix of historic and interesting firsts (answer link at the bottom of the page):

Image at Left: The first picture of the Earth and moon in a single frame taken by a spacecraft was recorded Sept. 18, 1977, by NASA's Voyager 1. Image credit: NASA

Even before the Mercury Seven astronauts, Americans made space milestones. See if you can identify these unmanned firsts:

America's Journey to the Moon

The race was on, and in just eight years, U.S. astronauts went from first launch (Alan Shepard, 1961) to first human footstep on the moon (Neil Armstrong, 1969). 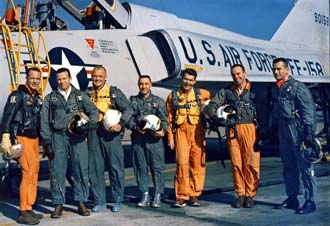 But how about these space-age firsts: 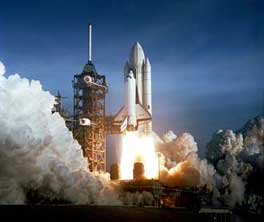 Living and working in space brought many new firsts as crews flew aboard the space shuttle and worked to build the space station. 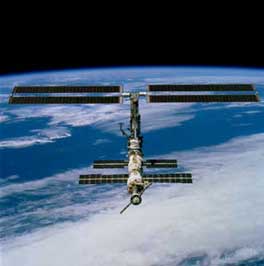 Image at Left: This photo, taken Dec. 9, 2000, is the first image of the entire International Space Station after the deployment of its solar array panels. Image credit: NASA

And then there are some firsts in a league of their own:

Who was the first astronaut in space during the birth of his child on Earth?

As NASA looks forward to new firsts in exploration to come, there's no doubt future astronauts will look back and pay homage to those who brought us the many 'firsts' during the first 50 years of the Space Age.