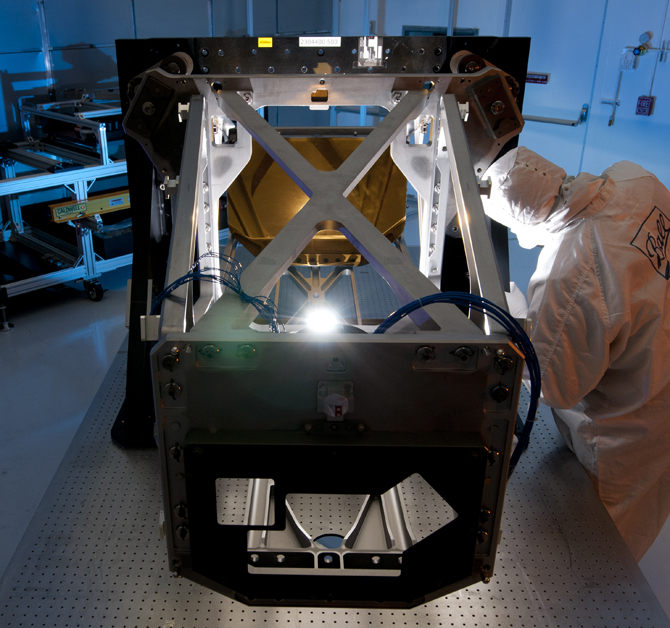 "Completing Aft Optics System performance testing is significant because it means all of the telescope's mirror systems are ready for integration and testing," said Lee Feinberg, NASA Optical Telescope Element Manager for the James Webb Space Telescope at the Goddard Space Flight Center in Greenbelt, Md. 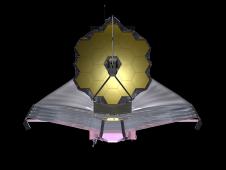 › View larger
September 2009 artist conception of NASA's James Webb Space Telescope. Credit: NASA Since last May, the AOS has undergone a series of thermal, vibration and cryogenic testing to demonstrate that it can withstand the rigorous vibration environment of the rocket launch and remain precisely aligned in order to function at the extremely cold temperatures in space. The AOS will remain at Ball Aerospace to be used in integrated testing with the flight actuator drive unit and AOS source plate assembly. The AOS is the final optical subsystem in the Webb's Optical Telescope Element to complete integration and test activities at Ball Aerospace.

"Each optical element that Ball Aerospace builds for the Webb is extremely sophisticated," said David L. Taylor, Ball Aerospace's president and chief executive officer. "The successful completion of another milestone brings us one day closer to the launch of NASA’s next major space observatory."

The AOS is a precision beryllium rectangular optical bench that houses the tertiary and the fine steering mirror installed at the center of Webb's primary mirror. The AOS is surrounded by a shroud that eliminates stray light, and two large radiator panels that keep the assembly cold. This subsystem collects and focuses the light from the secondary mirror and feeds it into the science instruments.

In September 2012, Ball began the process of shipping the finished Webb primary mirrors to NASA Goddard. The remaining mirrors will arrive at Goddard in 2013, awaiting telescope integration in 2015. The Webb is on track for an October 2018 liftoff.

› About the James Webb Space Telescope
› About Ball Aerospace