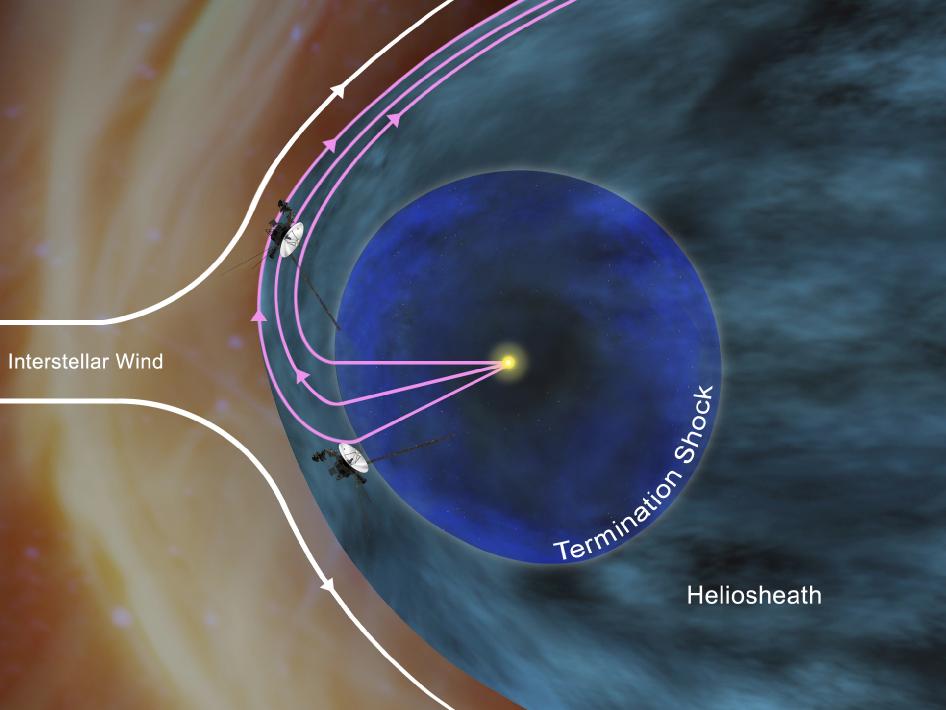 However, the interstellar magnetic field presses more strongly on the boundary in the southern hemisphere, forcing some of the solar wind from the south that otherwise would have gone southward to be deflected northward to where Voyager 1 is. On July 21, 2012, the magnetometer instrument indicated that Voyager 1 had entered a region where the wind is from the southern hemisphere. Scientists interpret this to mean that the spacecraft is in the final region before reaching interstellar space because the southern wind streams have to flow out and around all of the northern wind to reach Voyager 1's location.