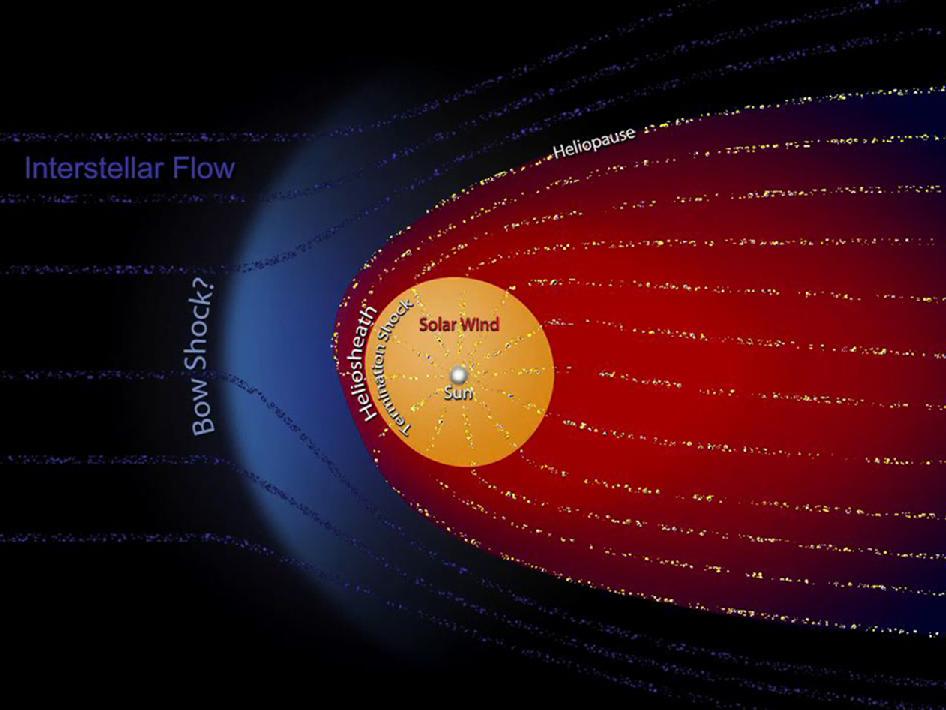 This animated graphic shows the different streams of charged particles inside the bubble around our sun and outside, in the unexplored territory of interstellar space. In this schematic, our solar system is traveling to the left through the interstellar medium, molding our solar system into a comet-like shape.

There may also be a shockwave known as the bow shock – like the bow shock of a boat cutting through water -- in front of our heliosphere.