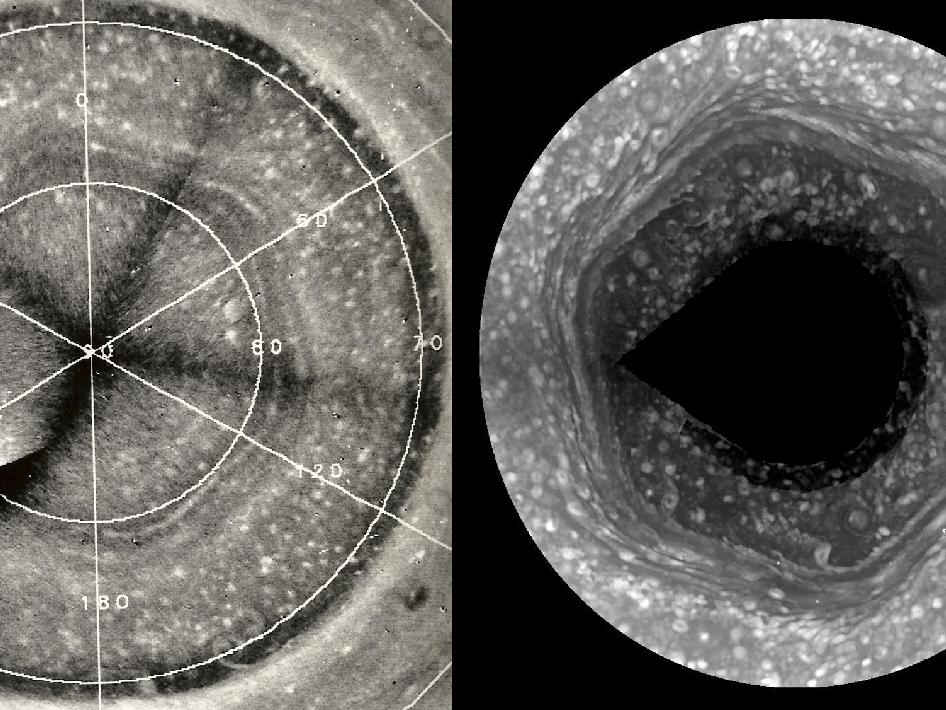 The puzzling hexagon-shaped weather pattern around Saturn's north pole was first found in images from NASA's Voyager 2 spacecraft. In 1988, David A. Godfrey, of the National Optical Astronomy Observatories, Tuscon, Ariz., used images obtained by Voyager 2 in 1981 to create the mosaic image on the left. He added a grid showing latitude and longitude.

The mosaic image on the right was created from images obtained by NASA's Cassini spacecraft on Jan. 3, 2009. Cassini has obtained higher-resolution pictures of the hexagon – which tell scientists the hexagon is a remarkably stable wave in one of the jet streams that remains 30 years later. But they are still not sure what forces maintain the hexagon.