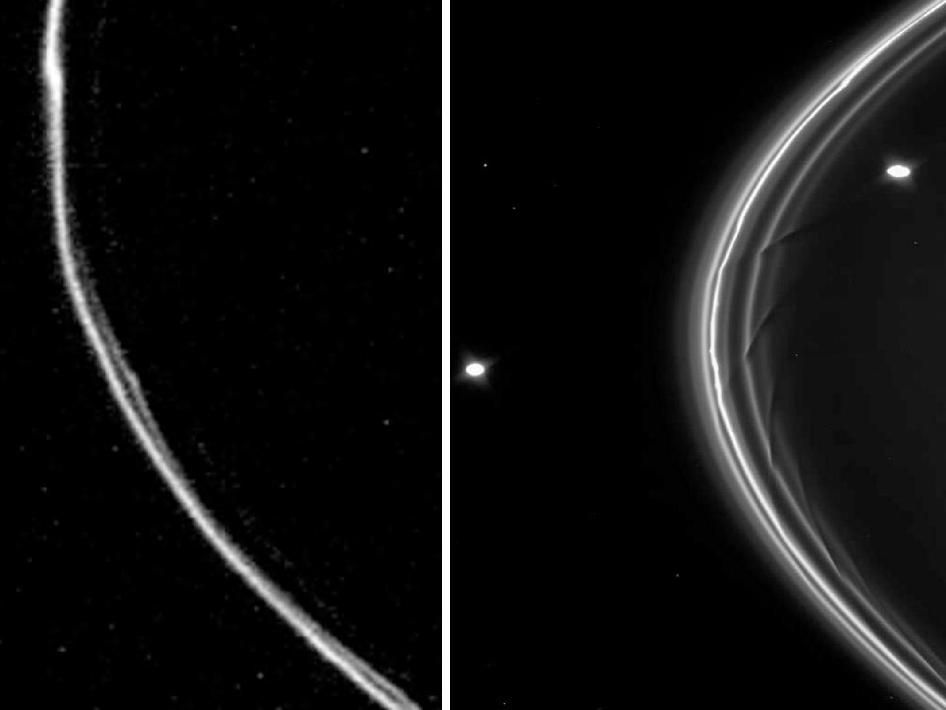 The day NASA's Voyager 1 spacecraft made its closest approach to Saturn, it revealed the kinks in one of Saturn's narrowest rings. The nature of Saturn's F ring was one of the biggest surprises of the Voyager spacecrafts' encounters with Saturn. The image on the left from Voyager 1 was released on Nov. 12, 1980. The image on the right shows a closer view of the F ring obtained by NASA's Cassini spacecraft on April 13, 2005. The moon Pandora is to the left (exterior) of the ring and the moon Prometheus is to the right (interior) of the ring.

Voyager discovered the two moons Prometheus and Pandora, but images from Cassini spacecraft, in orbit around Saturn since 2004, finally allowed scientists to understand how the two moons sculpt the ring's kinked shape. Data from Cassini show how the gravitational pull of the moons sloshes ring material around, creating wake channels and triggering the formation of clumps as large as 20 kilometers (12 miles) in diameter. Scientists have also made a movie from several Cassini images taken on April 13, 2005 at http://photojournal.jpl.nasa.gov/catalog/PIA07712 .