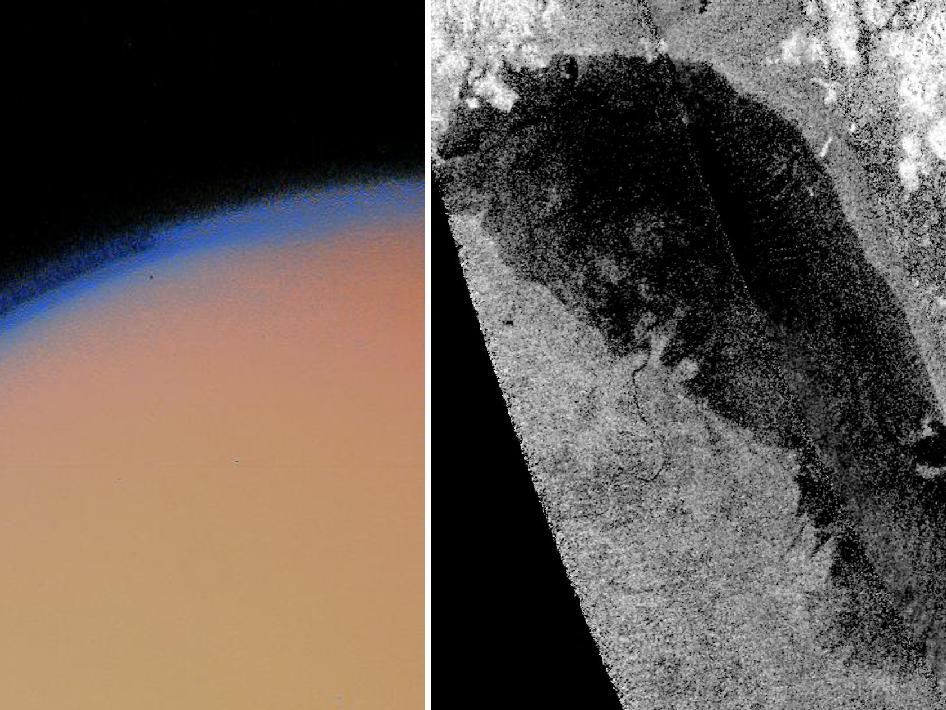 Before NASA's Voyager spacecraft visited Saturn in 1980 and 1981, scientists were not sure whether Saturn's moon Titan had a thick or thin atmosphere. Using images such as the one on the left, taken by Voyager 1 on Nov. 12, 1980, scientists learned that Titan was shrouded in a thick haze of hydrocarbons in a nitrogen-rich atmosphere. The finding led scientists to predict there could be seas of liquid methane and ethane on Titan's surface.

Since NASA's Cassini spacecraft arrived at Saturn in 2004, it has focused much of its attention at peering underneath the haze, capturing images such as the one on the right with its radar mapping instrument. This image of one of the lakes of liquid hydrocarbons that Cassini has found on Titan's surface was obtained on Jan. 12, 2010. (A related flyover of the area can be seen here: http://photojournal.jpl.nasa.gov/catalog/PIA13173 .) This lake, known as Ontario Lacus, has a surface area of about 15,000 square kilometers (6,000 square miles), slightly smaller than its terrestrial namesake, Lake Ontario.