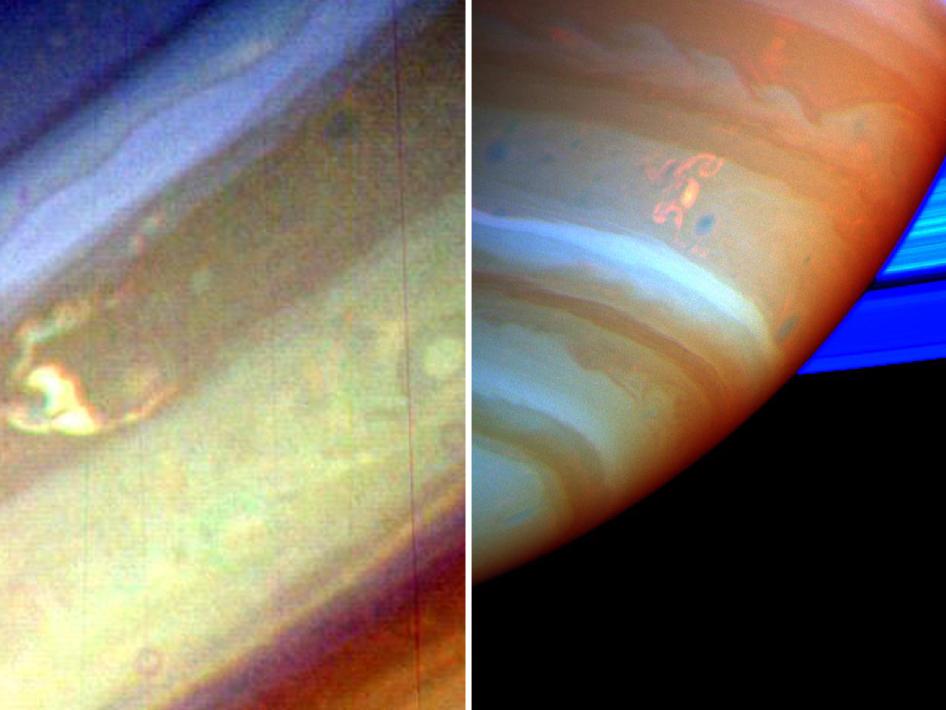 Data from Earth-based telescopes did not prepare scientists working with NASA's Voyager spacecraft for their first images of the individual storms roiling Saturn's upper atmosphere. The image on the left from Voyager 1 shows convective clouds in the northern hemisphere of Saturn on Nov. 5, 1980.

NASA's Cassini spacecraft was able to follow up on Voyager's discoveries. The right hand image shows the so-called "dragon storm" from September 2004. The storm was a powerful source of radio emissions detected by Cassini. The radio emissions resembled short bursts of static generated by lightning on Earth. In August 2009, Cassini was finally able to capture visible-light images of lightning flashing in Saturn's atmosphere. A movie combining the imaging data and the radio emissions can be seen here: http://photojournal.jpl.nasa.gov/catalog/PIA12576 .