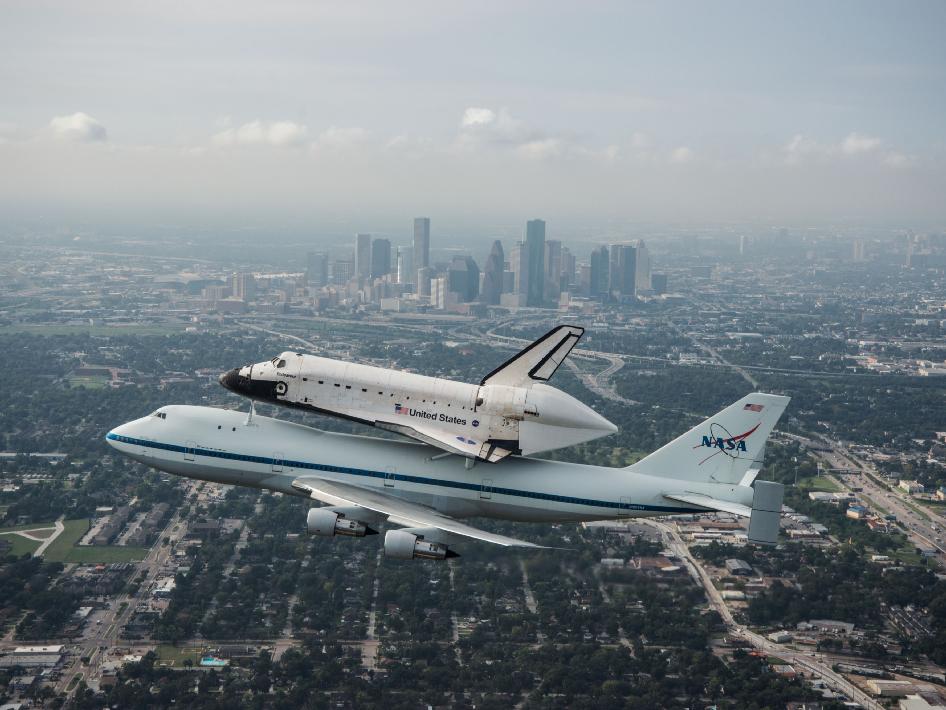 JSC2012-E-216088 (19 Sept. 2012) --- The space shuttle Endeavour passes over Houston as it is ferried by NASA's Shuttle Carrier Aircraft (SCA) on September 19, 2012 en route to Ellington Field, near the Johnson Space Center, where it is to make a scheduled stop over. Endeavour and the modified 747 jetliner are on the first leg of a trip to the Los Angeles area where the shuttle will be placed on public display at the California Science Center. This is the final ferry flight scheduled in the Space Shuttle Program era.Photo credit: NASA