If you've ever stood in front of a hot stove, watching a pot of water and waiting impatiently for it to boil, you know what it feels like to be a solar physicist.

Back in 2008, the solar cycle plunged into the deepest minimum in nearly a century. Sunspots all but vanished, solar flares subsided, and the sun was eerily quiet.

"Ever since, we've been waiting for solar activity to pick up," says Richard Fisher, head of the Heliophysics Division at NASA Headquarters in Washington DC. "It's been three long years." 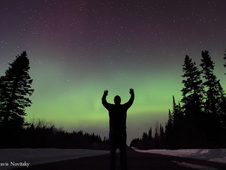 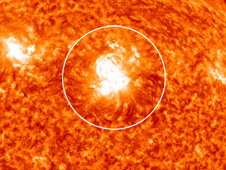 › View movie of flare event
Screen capture from movie of X1.5-class flare captured by the Solar Dynamics Observatory on March 9, 2011. Credit: NASA/SDO Quiet spells on the sun are nothing new. They come along every 11 years or so—it's a natural part of the solar cycle. This particular solar minimum, however, was lasting longer than usual, prompting some researchers to wonder if it would ever end.

News flash: The pot is starting to boil. "Finally," says Fisher, "we are beginning to see some action."

As 2011 unfolds, sunspots have returned and they are crackling with activity. On February 15th and again on March 9th, Earth orbiting satellites detected a pair of "X-class" solar flares--the most powerful kind of x-ray flare. The last such eruption occurred back in December 2006.

Another eruption on March 7th hurled a billion-ton cloud of plasma away from the sun at five million mph (2200 km/s). The rapidly expanding cloud wasn't aimed directly at Earth, but it did deliver a glancing blow to our planet's magnetic field. The off-center impact on March 10th was enough to send Northern Lights spilling over the Canadian border into US states such as Wisconsin, Minnesota, and Michigan.

"That was the fastest coronal mass ejection in almost six years," says Angelos Vourlidas of the Naval Research Lab in Washington DC. "It reminds me of a similar series of events back in Nov. 1997 that kicked off Solar Cycle 23, the solar cycle before this one."

"To me," says Vourlidas, "this marks the beginning of Solar Cycle 24."

The slow build-up to this moment is more than just "the watched pot failing to boil," says Ron Turner, a space weather analyst at Analytic Services, Inc. "It really has been historically slow."

There have been 24 numbered solar cycles since researchers started keeping track of them in the mid-18th century. In an article just accepted for publication by the Space Weather Journal, Turner shows that, in all that time, only four cycles have started more slowly than this one. "Three of them were in the Dalton Minimum, a period of depressed solar activity in the early 19th century. The fourth was Cycle #1 itself, around 1755, also a relatively low solar cycle," he says.

In his study, Turner used sunspots as the key metric of solar activity. Folding in the recent spate of sunspots does not substantially alter his conclusion: "Solar Cycle 24 is a slow starter," he says. 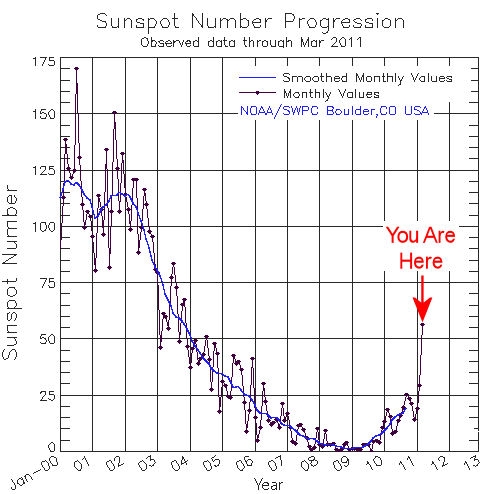