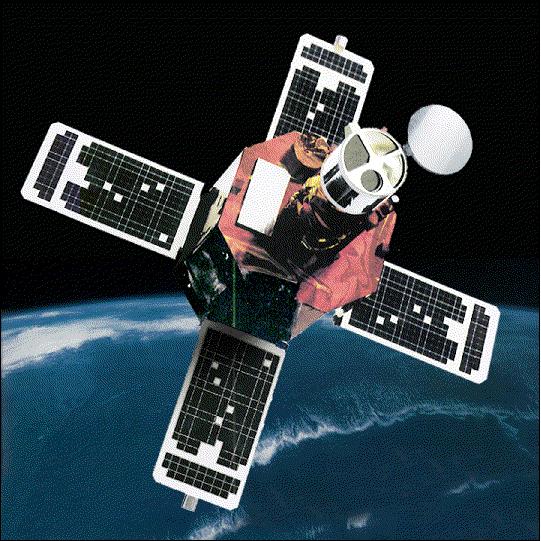 The fastest path between Point A and Point B is a straight line. Not so fast, says a team of scientists and engineers who recently disproved this commonly accepted notion using a NASA satellite that had not moved more than 15 degrees during its 12-year mission studying the Sun.

In what may seem counterintuitive even to engineers, a team from the Naval Postgraduate School (NPS) in Monterey, Calif., Draper Laboratory in Houston, Texas, and the NASA Goddard Space Flight Center in Greenbelt, Md., proved that the spacecraft actually rotated faster to reach a particular target in the sky when it carried out a set of mathematically calculated movements. These maneuvers looked more like the steps dancers would perform doing the tango, the foxtrot, or another ballroom dance.

"That spacecraft was dancing on the sky," said Osvaldo Cuevas, the mission director of NASA’s Transition Region and Coronal Explorer (TRACE), the spacecraft that carried the experiment before NASA decommissioned it in September. Had TRACE sported a pair of legs, its steps would have traced roughly the pattern of a five-point star. Until the spacecraft’s debut on NASA’s version of "Dancing with the Stars," TRACE stared steadily at the Sun producing millions of images of the corona, the Sun’s outer atmosphere that extends millions of kilometers into space and is nearly 200 times hotter than the Sun’s visible surface.

Benefits to Current and Future Missions

The team’s first-ever time-optimal slew experiment was more than just an interesting performance or a theoretical question posed in a technical journal. The team’s findings are particularly relevant to engineers designing future Earth-observing, astrophysics, and reconnaissance satellites that must image one object and then quickly reorient itself to observe another in a completely different location. Just as important, the experiment showed that existing spacecraft can "do things that they aren’t designed to do," said Nazreth Bedrossian, a Draper scientist who played a pivotal role in the experiment.

"The payoff is in the pointing agility and being able to collect more science," explained Neil Dennehy, a Goddard engineer with the NASA Engineering and Safety Center (NESC). "NASA will benefit and so will industry." Currently, NASA engineers direct spacecraft to follow a straight line when slewing to different locations in the sky. While it may be the shortest path, it is not the fastest, as the experiment showed.

Although the findings might surprise some, they did not astonish scientists from NPS and Draper. Actually the discovery that a straight line is not the fastest path between two points was made in the early 1700s by Swiss mathematician Johann Bernoulli. He discovered that a sliding bead traveling from one point to another would move faster if it followed a curved line and allowed gravity to assist in the acceleration.

The challenge then was not whether it was faster moving along a non-linear path, but rather what that path might look like. “Over the years, we forgot that the straight line isn’t the best solution because we didn’t know how to calculate the fastest path. We didn’t have the tools," said Mark Karpenko, an NPS research scientist and lead engineer in the experiment.

It was a conundrum that NPS Professor Michael Ross eventually solved when he and his colleagues developed an optimal-control software package, called "DIDO," named for the ancient queen of Carthage who solved a challenging optimal-control problem even before the invention of calculus. In fact, Ross, Bedrossian, and his colleague, Sagar Bhatt, used DIDO four years earlier to maneuver the International Space Station 180 degrees without expending a drop of fuel.

"We became known as the people who can take this kind of an idea and make it fly," Ross said. "What needs to be emphasized is that the software used for solving the Space Station and TRACE maneuvers is exactly the same. Although the Space Station experiment demonstrated a minimum-fuel maneuver and TRACE a minimum-time maneuver — maneuvers that are quite different — the mathematics are similar."

All they needed was a chance to demonstrate DIDO’s prowess by carrying out time-optimal maneuvers on a real satellite.

The stars had aligned in their favor. In the spring, NESC’s Dennehy and Senior Engineer Kenneth Lebsock learned that the Space Science Mission Operations Office (SSMO) at Goddard planned to decommission TRACE in September. Before doing so, SSMO management offered experimenters an opportunity to use the spacecraft as an orbital testbed to investigate new ideas. "I talked with the people who worked on TRACE’s design, and I asked them what they would like to do if they could it all over again," Lebsock recalled. "The guys thought it would be neat if we could uplink maneuvering commands to see if TRACE could carry out an optimal slew" — a job the spacecraft was never designed to do, let alone quickly.

NESC knew whom to call. Usually it takes at least a year to develop a solution, Ross said. The team, however, had only two months to complete the job. "I called up Naz (Bedrossian) and I said, ‘I know you made it happen with the space station. Do you think you can make it happen this time?’" The answer was obvious, Bedrossian said. "When do you get an opportunity to test your ideas on an actual satellite? For engineers, a flight test is like the Olympics. It’s what you train for."

While Bernouilli calculated the optimum path using gravity to its best advantage, the team had to solve a pattern that exploited the spacecraft’s mass and its four reaction wheels — a type of flywheel device that rotates spacecraft by very small amounts to keep it pointed at a star. “We have been working on time-optimal maneuvers for other types of spacecraft, but never a reaction wheel system,” Karpenko said.

Had the team opted to take TRACE in a straight line from one point to another, for example, it would have had to push one of the wheels to full saturation, with the other three not working as hard, Lebsock explained. That means the spacecraft could not go any faster than the speed of the one wheel. The quest then was to determine mathematically the most efficient pattern where all four wheels worked equally hard.

By Aug. 10, the team was ready to begin the first of its 20 tests. Goddard engineers uploaded the team’s series of pointing commands, starting conservatively with a 10-degree slew and then back to the starting position. By the fourth week, TRACE had slewed over 90 degrees off the Sun line. It maintained that position for about six minutes before slewing back. "That maneuver was interesting because it really demonstrated what we wanted to show," Karpenko said. "We can actually reorient the spacecraft more quickly than by using the conventional techniques."

"This was about taking a risk to find something and learn something new,” Cuevas added. "Not only were the movements faster than standard maneuvers, they also consumed less than half the electrical power of a standard movement. This could translate into significant savings for NASA, to say nothing of the improved data collection."