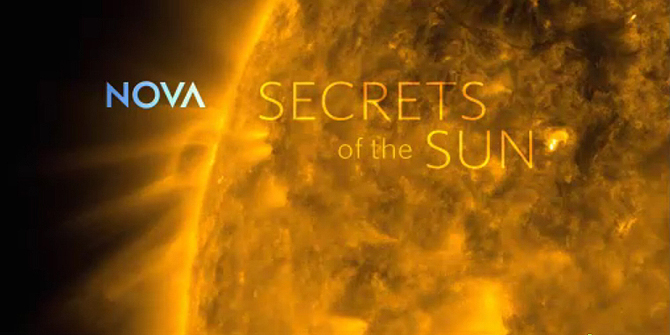 It contains 99.9 percent of all the matter in our solar system and sheds hot plasma at nearly a million miles an hour. The temperature at its core is a staggering 27 million degrees Fahrenheit. It convulses, it blazes, it sings. You know it as the sun. Scientists know it as one of the most amazing physics laboratories in the universe.

Now, with the help of new spacecraft and Earth-based telescopes, scientists are seeing the sun as they never have before. More critically, their research efforts may help us better predict and track solar storms that have the potential to damage power grids, interrupt radio communications and GPS, and damage electronics aboard orbiting spacecraft.

The "Secrets of the Sun" documentary was shot partially on location at NASA's Goddard Space Flight Center and features interviews with some of our solar scientists. The program airs April 25, 2012 on PBS.