The National Research Council's second decadal survey in solar and space physics outlines programs, initiatives, and investments in the field that will promote fundamental advances in scientific knowledge of the space environment -- from the interior of the sun, to the atmosphere of Earth, to "space weather." Considering scientific value, urgency, cost, risk, and technical readiness, the report identifies the highest priority targets for 2013-2022. Members of the authoring committee will discuss the report and take questions at a public briefing on Aug. 15, 2012.

The briefing will also be webcast live by NASA Television at http://www.ustream.tv/channel/nasa-hq.

Viewers can submit questions via e-mail to webcast@nas.edu. 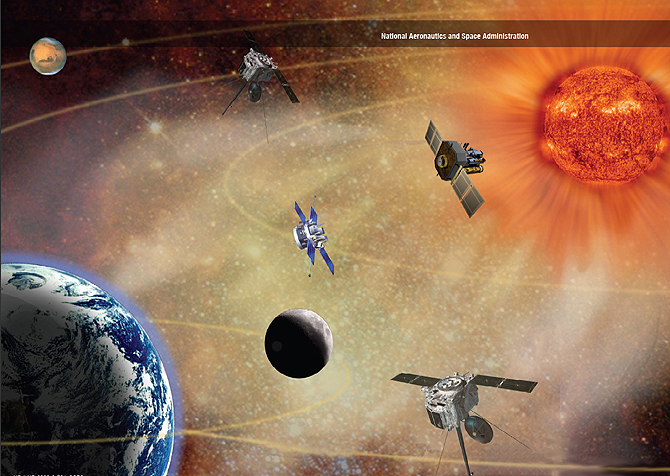 › View larger
Graphic of the space environment with the sun (right), the Earth and moon (left) and in between, the twin STEREO (top, bottom), ACE (center left) and SOHO (center right) satellites. Credit: NASA