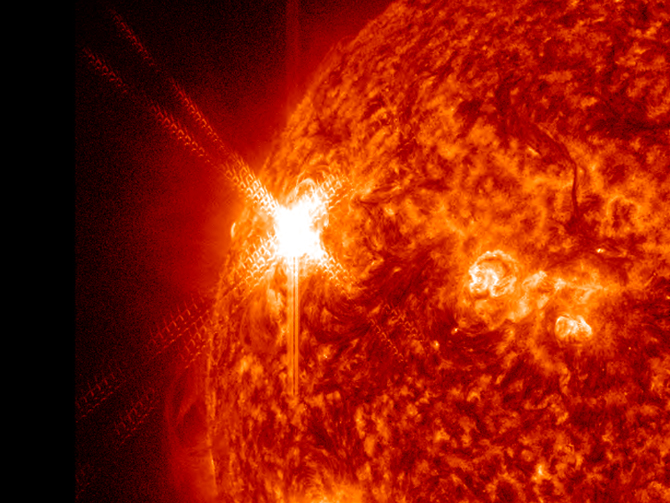 The sun sent out two different kinds of solar activity last night in different directions. One was an X 1.9 class flare that burst out from an active region on the sun, numbered AR1339, which just rounded over the left side of the sun into Earth's view. That flare began at 3:27 PM ET on November 3, 2011 and triggered some disruption to radio communications on Earth beginning about 45 minutes later. Scientists are continuing to watch this active region as it could well produce additional solar activity as it passes across the front of the sun.

The second eruption was a coronal mass ejection (CME), beginning about 8:45 PM ET that came from a different region, bursting off the backside of the sun. That CME is one of the brightest seen so far this solar cycle, and it is headed in the direction of Venus. NASA is able to track such solar activity in all directions, due to a heliophysics fleet of spacecraft watching the sun from all sides –in particular, the two Solar Terrestrial RElations Observatory (STEREO) spacecraft now sit on opposite sides of the sun providing an entire 360 degree view of solar activity.