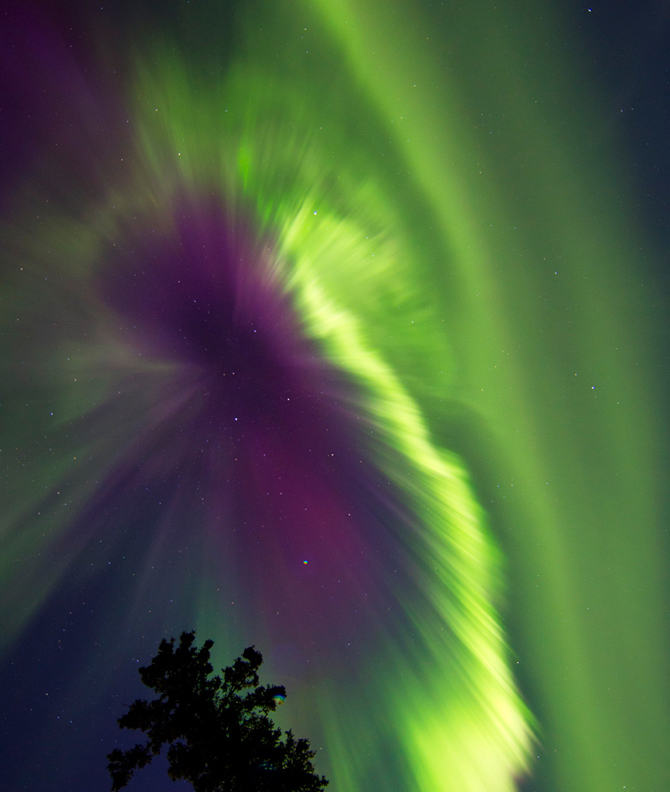 › View larger
An aurora in Whitehorse Yukon Canada that appeared in the sky in the early hours of Oct. 1, 2012 due to the effects of a coronal mass ejection (CME) that erupted from the sun three days earlier. Image Courtesy of Joseph Bradley. 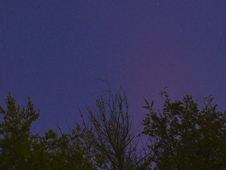 › View larger
A coronal mass ejection (CME) from the sun sparked aurora as far south as Maryland, late at night on Sep. 30, 2012. This image was captured in New Market, Md. Image Courtesy of George Varros. On Sep 30, 2012 at 6:12 p.m. EDT, NASA's Advanced Composition Explorer (ACE) detected the leading edge of the coronal mass ejection (CME) that had erupted from the sun late at night on Sep. 27. The input of energy and solar material into Earth's magnetic environment, the magnetosphere, caused what's called a geomagnetic storm – that is, compression and variation in the magnetosphere.

This storm was rated by the National Oceanic and Atmospheric Association (NOAA) as a G3 storm, on a scale from G1 to G5. Such storms are considered medium strength. This storm produced aurora as far south as Maryland and Ohio in the U.S. Updates will be provided, if needed. 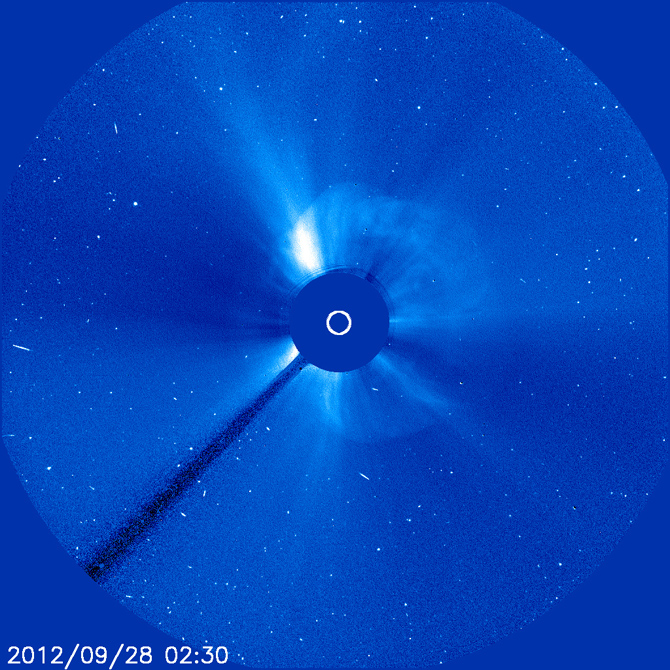 › View larger
NASA's Solar and Heliospheric Observatory captured this image of a particularly wide coronal mass ejection (CME) that erupted from the sun at 10:23 p.m. EDT on Sep. 27, 2012. The leading edge of the CME appears to wrap around over half of the entire sun as it moves out into space. Credit: SOHO/ESA & NASA

The sun erupted with a wide, Earth-directed coronal mass ejection (CME) on Sept. 27, 2012 at 10:25 p.m. EDT. CMEs are a phenomenon that can send billions of tons of solar particles into space that can reach Earth one to three days later, affecting electronic systems in satellites and on the ground. Experimental NASA research models estimate that the CME is traveling at around 700 miles per second and will reach Earth on Sept. 29.

CMEs of these speeds are usually benign. In the past, similar CMEs have caused auroras near the poles but have not caused disruption to electrical systems or significantly interfered with GPS or satellite-based communications systems.

The CME is associated with a fairly small solar flare that was measured as C-class, which is third in strength after X- and M-class flares. The flare peaked at 7 p.m. EDT and came from an active region on the sun labeled AR 1577.