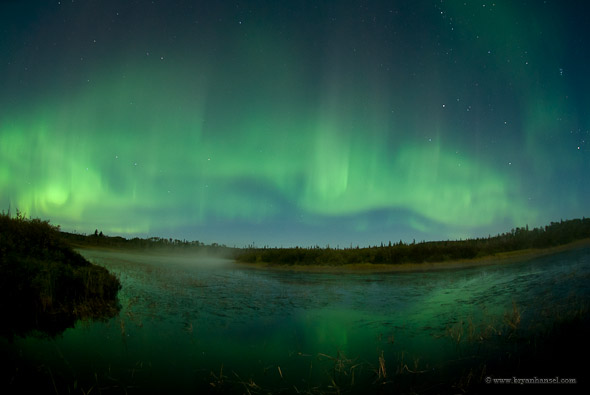 Solar activity is subsiding after last week's flurry of strong flares from sunspot 1283. The sunspot remains capable of M-class eruptions, but Earth would be unaffected by further blasts as the sunspot rotates over the sun's western limb.

A coronal mass ejection (CME) struck Earth's magnetic field on Sept. 9, sparking more than 18 hours of bright auroras around the Arctic Circle. In the United States, Northern Lights were spotted as far south as Michigan, Washington, Wisconsin, Vermont, Montana, Maine, Minnesota and North and South Dakota. A similar display could be in the offing on Sept. 12-13 when another CME from sunspot 1283 is expected to sail past Earth.