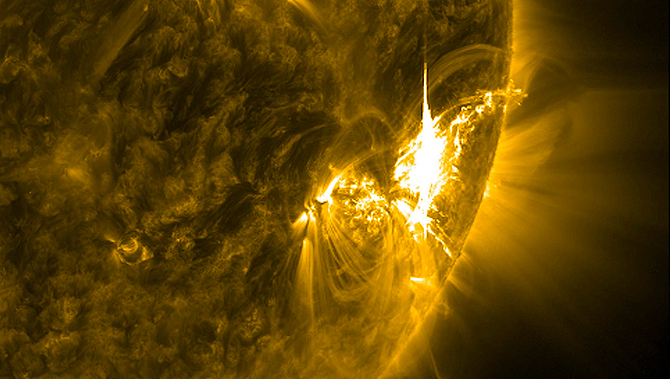 The sun (AR1515) released an X1.1 class flare on July 6, 2012, peaking at 7:08 PM EDT. This flare caused a radio blackout, labeled as an R3 on the National Oceanic and Atmospheric Administrations scale that goes from R1 to R5. Such blackouts can cause disruption to both high and low level radio frequencies.

The flare also caused what is know as a solar energetic particle event (SEP), caused by fast particles from the sun traveling behind the flare and impacting Earth's magnetosphere. The magnetosphere also underwent a minor geomagnetic storm on the evening of July 6 in response to relatively slow coronal mass ejections (CMEs) that have erupted from other regions on the sun since July 4.

Early reports of the flare originating from AR1515 were incorrect. The source of the flare was actually AR1514.