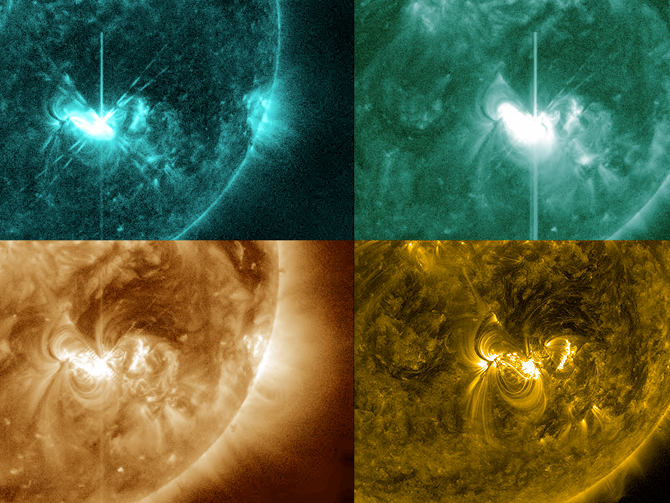 › View larger
This image shows four separate images of the M5.3 class flare from the morning of July 4, 2012. In clockwise order starting at the top left, the wavelengths shown are: 131, 94, 193, and 171 Angstroms. Each wavelength shows a different temperature of material, which in turn corresponds to different levels of the sun's atmosphere. By looking at images in several wavelengths, scientists can track how a solar eruption moves through the layers. Credit: NASA/SDO/AIA/Helioviewer/TheSunToday 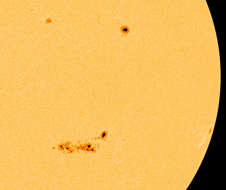 › View larger
This image taken by the Helioseismic and Magnetic Imager (HMI) on the Solar Dynamics Observatory (SDO) shows the large sunspot region (lower group), dubbed AR 1515, that produced several M-class flares, beginning on July 2, 2012. The region is estimated to be over 100,000 miles across. Credit: NASA/SDO/HMI

This is the same region that produced an M5.6 class flare on July 2, and several smaller flares as well.

The sunspots (left, lower group) causing this latest burst of activity stretches more than 100,000 miles across, over 12 times the diameter of Earth. 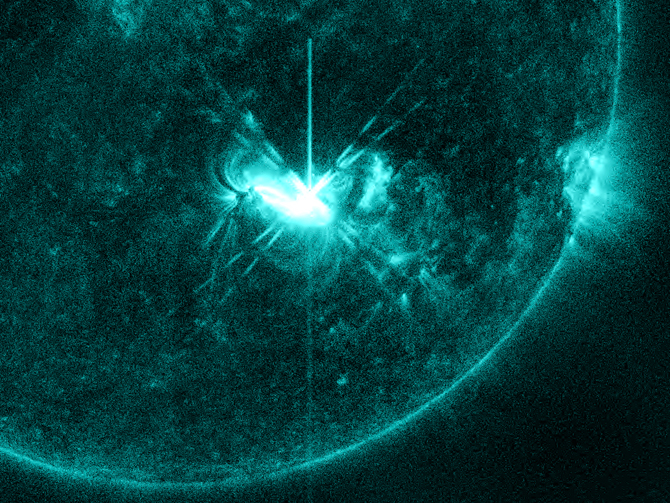 › View larger
This image, captured by the Solar Dynamics Observatory, shows the M5.3 class flare that peaked on July 4, 2012 at 5:55 AM EDT. It is shown in the 131 Angstrom wavelength, a wavelength that is particularly good for capturing the radiation emitted from flares. The wavelength is typically colorized in teal as shown here. Credit: NASA/SDO/AIA/Helioviewer