Grow Text SizeShrink Text Size
Geomagnetic Storm Subsiding
UPDATE: A geomagnetic storm that sparked auroras around the Arctic Circle and sent Northern Lights spilling over the Canadian border into the United States on April 12, 2011 is subsiding. NOAA forecasters estimate a 25% chance of more geomagnetic activity during the next 24 hours. 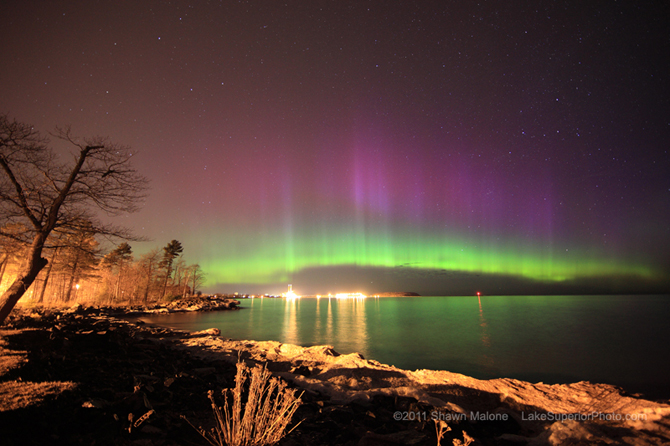 April 12, 2011: A G1-class geomagnetic storm is in progress, sparked by a high-speed solar wind stream which is buffeting Earth's magnetic field. High latitude sky watchers should be alert for auroras.

What is a geomagnetic storm? 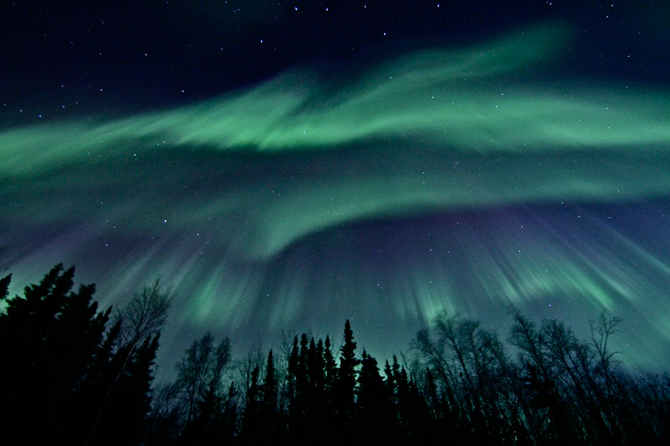