On March 2, 2012 a new active region on the sun, region 1429, rotated into view. It has let loose two M-class flares and one X-class so far. The M-class flares erupted on March 2 and on March 4. The third flare, rated an X1, peaked at 10:30 ET on March 4. A CME accompanied each flare, though due to the fact that this active region is still off to the side of the sun, they will likely have a weak effect on Earth's magnetosphere.

The M class flare on March 4 flare also came with what's called a Type IV radio burst that lasted for about 46 minutes. Sending out broadband radio waves, these bursts can occur towards the end of a solar flare and are believed to be created by moving electrons trapped in great, looping magnetic fields left over from the initial flare. The bursts can interfere with radio communications on Earth. 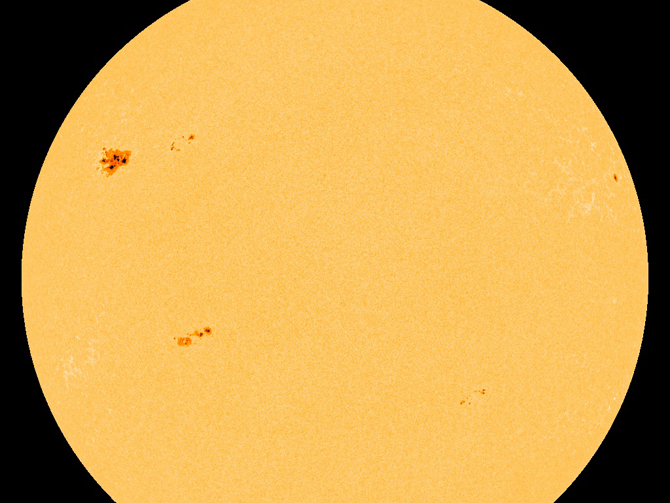 › View larger
This image from the Helioseismic and Magnetic Imager (HMI) on the Solar Dynamics Observatory (SDO) shows active region 1429 in the upper left corner. This region erupted with M-class flares on March 2 and March 4. Credit: NASA/SDO/HMI