Grow Text SizeShrink Text Size
Heliophysics 2012: Year in Review
As the year 2012 comes to a close, we look back on the major news events coming from NASA’s Heliophysics Division, which studies the sun-Earth connection.

We ended 2011 with a great deal of excitement as provided by comet Lovejoy’s trip around the sun in December, which had scientists and the public amazed with extraordinary imagery provided by the entire Heliophysics solar fleet.

› View larger
These two images were taken by the Solar and Heliospheric Observatory (SOHO) and show comet Lovejoy heading in toward the sun (left) and then emerging back out the other side (right) a day later. Credit: NASA/SOHO 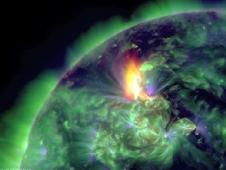 NASA’s THEMIS (Time History of Events and Macroscale Interactions during Substorms) led a multi-spacecraft mission to determine how energy trapped in Earth’s radiation belts is released. 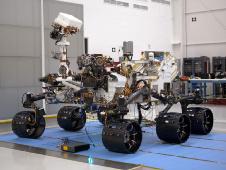 › View larger
Curiosity doesn't look much like a human being, but the rover turns out to be an excellent stunt double for real astronauts. Credit: NASA/JPL-Caltech
FEBRUARY

The Mars Curiosity rover (left) made news before it even reached Mars by recording space weather events while on its journey to the red planet.

Significant Solar Events:
There was no significant solar activity for February of 2012. 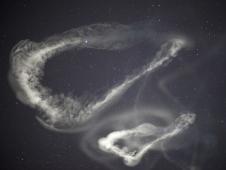 › View larger
NASA successfully launched five suborbital sounding rockets on March 27, 2012. Each rocket released a chemical tracer that created milky, white clouds at the edge of space. Tracking the way the clouds move can help scientists understand the movement of the winds some 65 miles up in the sky. Credit: NASA/Chris Perry MARCH 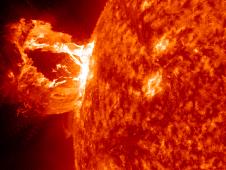 › View larger
An eruption on April 16, 2012 was captured here by NASA's Solar Dynamics Observatory in the 304 Angstrom wavelength, which is typically colored in red. Credit: NASA/SDO/AIA
APRIL 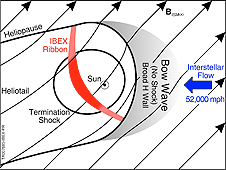 The western United States and Asia witnessed a solar eclipse. 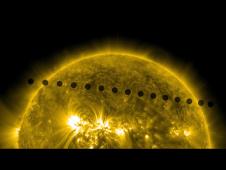 › View larger
Sequence of images from Solar Dynamic Observatory (SDO) in 171 wavelength of the Venus transit, merged together to show the path of Venus across the Sun. Credit: NASA/SDO
JUNE

The transit of Venus (left) across the sun was observed by many instruments in the heliophysics solar fleet. 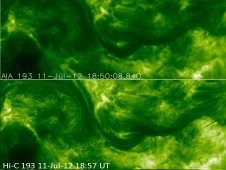 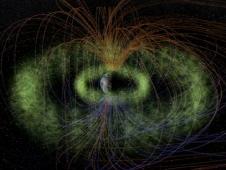 The launch of the newest edition to the heliophysics fleet of spacecraft, the Van Allen Probes, produced almost immediate scientific data on Earth's radiation belts (left). 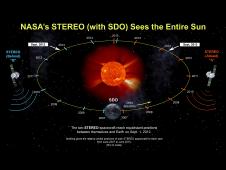 › View larger
Since its launch in 2006, the STEREO spacecraft have drifted further and further apart to gain different views of the sun. Credit: NASA/GSFC SEPTEMBER

STEREO’s twin spacecraft (right) reached positions such that they and Earth were all three equally spaced around the sun.

Significant Solar Events:
There were no significant solar events in September 2012. 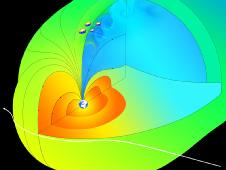 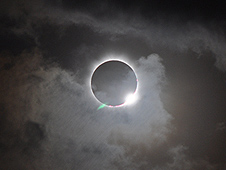 › View larger
A total solar eclipse was visible from the Northern tip of Australia on Nov. 13, 2012 at 3:35 EST. The light halo visible around the edges of the moon is the sun's atmosphere, the corona. Image courtesy of Romeo Durscher NOVEMBER 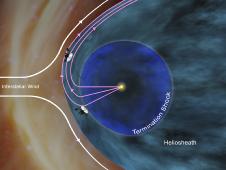 Voyager I entered a new region of space (left) on its journey out of our heliosphere into interstellar space.

Significant Solar Events:
There were no significant solar events in December 2012.


To learn more about the study of heliophysics and for the latest NASA solar science news, visit: