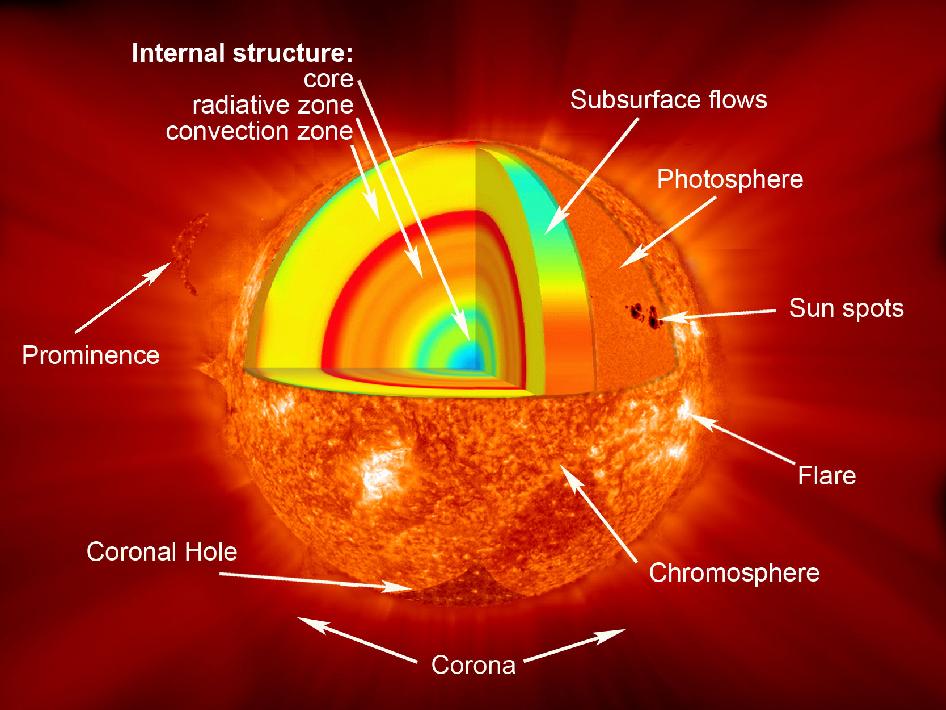 The sun and its atmosphere consist of several zones or layers. From the inside out, the solar interior consists of:

The solar atmosphere is made up of:

Beyond the corona is the solar wind, which is actually an outward flow of coronal gas. The sun's magnetic fields rise through the convection zone and erupt through the photosphere into the chromosphere and corona. The eruptions lead to solar activity, which includes such phenomena as sunspots, flares, prominences, and coronal mass ejections.
Credit: NASA/Goddard