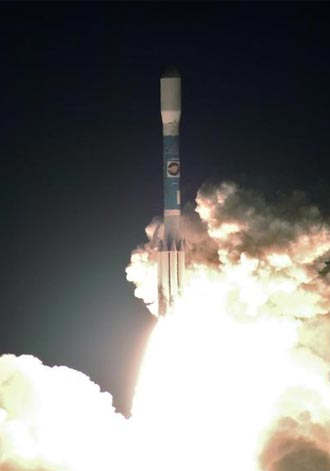 A Spectacular Beginning for STEREO

Riding a pillar of flame into the night sky, the twin STEREO observatories rocketed into space from Cape Canaveral Air Force Station in Florida at 8:52 p.m. EDT on Oct. 25, 2006.

A Boeing Delta II boosted the two spacecraft into orbit, where they will spend two years studying the sun-Earth system. The mission is the first to take measurements of the sun and solar wind in 3-dimension, providing a new view that will improve our understanding of space weather and its impact on Earth.