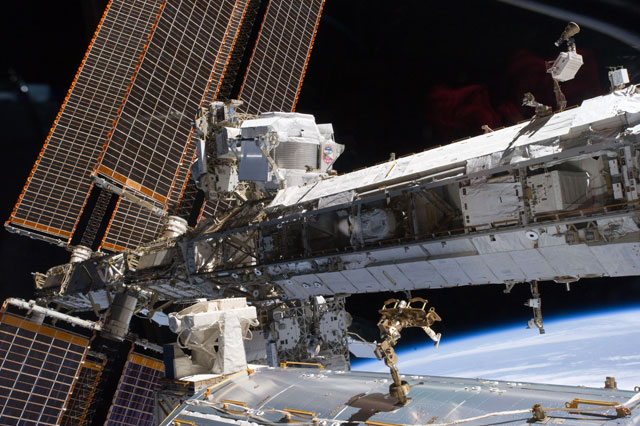 May 16, 2011 --- Space shuttle Endeavour launched on its final mission to deliver the 15,000-pound, $2-billion Alpha Magnetic Spectrometer (AMS)-2, a particle physics detector that could provide new knowledge of the makeup of our universe. Also aboard was a cargo platform, Express Logistics Carrier 3, packed with heavy spare parts for the station. Endeavour’s crew also brought to the station additional equipment and supplies. They accomplished station maintenance tasks as well, including replacement of a desiccant/sorbent bed in a carbon dioxide removal assembly. The crew also conducted four spacewalks, performing numerous maintenance and installation tasks on the station’s exterior, including lubrication of a joint on the station truss that rotates solar arrays to follow the sun. They also secured a boom to extend the reach of the station’s Canadarm2 should that become necessary.