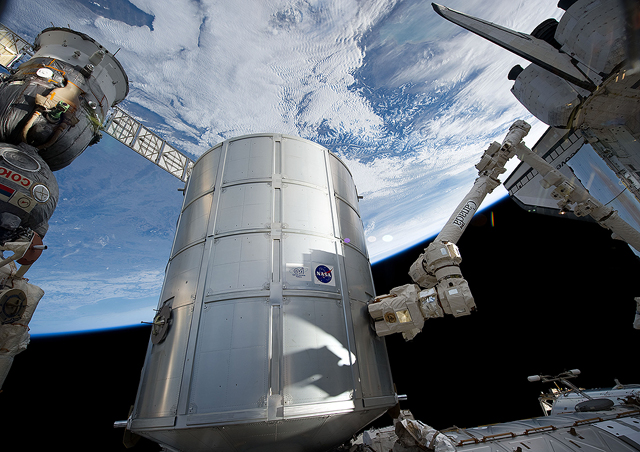 Feb. 24, 2011 --- Space shuttle Discovery launched on its final planned mission to deliver the Permanent Multipurpose Module Leonardo and the EXPRESS Logistics Carrier 4 external stowage platform to the International Space Station as well as equipment and supplies. Leonardo had visited the station seven times before as a cargo carrier before being refurbished to serve as a permanent 2,472-cubic-foot addition to the orbiting laboratory. Among the 6,000 pounds of Leonardo cargo was Robonaut 2, a human upper torso-like robot that could be a precursor of devices to help during spacewalks. During Discovery’s almost nine days at the station, the shuttle crew performed two spacewalks for maintenance work and installation of new components.