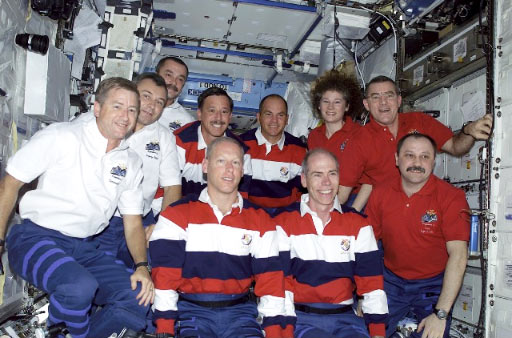 The crew of Space Shuttle Discovery performed a crew transfer by bringing Expedition Three to the station and returning Expedition Two to Earth. U.S. stowage racks and International Standard Payload Racks were installed aboard the Station.

+ ISS Assembly home
› Back To Top