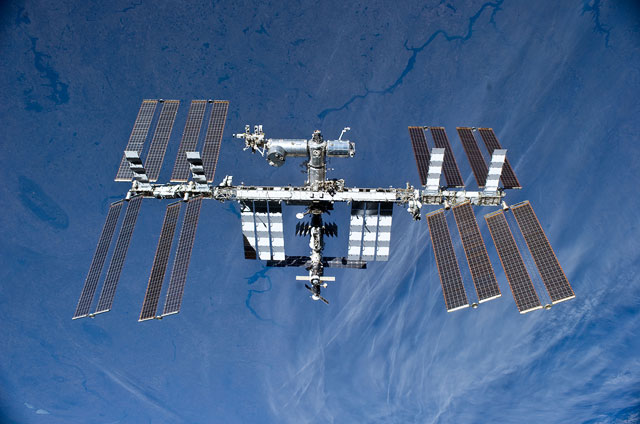 April 5, 2010 -- Space shuttle Discovery delivered the Leonardo Multi-Purpose Logistics Module filled with science racks that were transferred to laboratories on the International Space Station during the STS-131 mission. Discovery's crew conducted three spacewalks to replace an ammonia tank assembly, retrieve a Japanese experiment from the station’s exterior and switch out a rate gyro assembly on the S0 element of the station's truss.

+ ISS Assembly home
› Back To Top