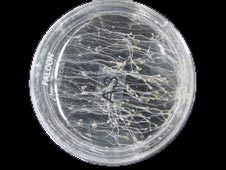 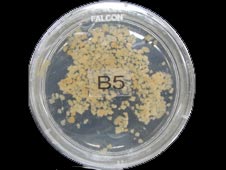 Plants are critical in supporting life on Earth, and with help from an experiment that flew onboard space shuttle Discovery's STS-131 mission, they also could transform living in space. NASA's Kennedy Space Center partnered with the University of Florida, Miami University in Ohio and Samuel Roberts Noble Foundation to perform three different experiments in microgravity. The studies concentrated on the effects microgravity has on plant cell walls, root growth patterns and gene regulation within the plant Arabidopsis thaliana. Each of the studies has future applications on Earth and in space exploration. "Any research in plant biology helps NASA for future long-range space travel in that plants will be part of bioregenerative life support systems," said John Kiss, one of the researchers who participated in the BRIC-16 experiment onboard Discovery's STS-131 flight in April 2010 and a distinguished professor and chair of the Department of Botany at Miami University in Ohio. The use of plants to provide a reliable oxygen, food and water source could save the time and money it takes to resupply the International Space Station (ISS), and provide sustainable sources necessary to make long-duration missions a reality. However, before plants can be effectively utilized for space exploration missions, a better understanding of their biology under microgravity is essential. Kennedy partnered with the three groups for four months to provide a rapid turnaround experiment opportunity using the BRIC-16 in Discovery's middeck on STS-131. And while research takes time, the process was accelerated as the end of the Space Shuttle Program neared. Howard Levine, a program scientist for the ISS Ground Processing and Research Project Office and the science lead for BRIC-16, said he sees it as a new paradigm in how NASA works spaceflight experiments. The rapid turnaround is quite beneficial to both NASA and the researchers, saving time and money. Each of the three groups was quite impressed with the payload processing personnel at Kennedy. Kiss said the staff at the Space Life Sciences Lab at Kennedy did an outstanding job and that the experienced biologists and engineers were extremely helpful with such a quick turnaround. Kiss and his group published a paper on their initial findings of plant growth in microgravity in the October 2011 issue of the journal Astrobiology. They found that roots of space-grown seedlings exhibited a significant difference compared to the ground controls in overall growth patterns in that they skewed in one direction. Their hypothesis is that an endogenous response in plants causes the roots to skew and that this default growth response is largely masked by the normal gravity experienced on the Earth's surface. "The rapid turnaround was quite challenging, but it was a lot of fun," said Anna-Lisa Paul, research associate professor in the Department of Horticultural Sciences at the University of Florida. "The ability to conduct robust, replicated science in a time frame is comparable to the way we conduct research in our own laboratories, which is fundamentally a very powerful system." Paul's research and that of her colleague Robert Ferl, professor at the University of Florida and co-principal investigator on the BRIC-16 experiment, focused on comparing patterns of gene expression between Arabidopsis seedlings and undifferentiated Arabidopsis cells, which lack the normal organs that plants use to sense their environment - like roots and leaves. Paul and Ferl found that even undifferentiated cells "know" they are in a microgravity environment, and further, that they respond in a way that is unique compared to plant seedlings. Elison Blancaflor, associate professor at the Samuel Roberts Noble Foundation, discovered that plant genes encoding cell-wall structural proteins were significantly affected by microgravity. "This is exciting because this research has given us the tools to begin working on designing plants that perform better on Earth and in space," Blancaflor said. Blancaflor has now extended his findings from BRIC-16 to generate new hypotheses to explain basic plant-cell function. For example, the BRIC-16 results led the Noble Foundation team to identify novel components of the molecular machinery that allow plant cells to grow normally. According to Levine, plants could contribute to bioregenerative life support systems on long-duration space missions by automatically scrubbing carbon dioxide, creating oxygen, purifying water and producing food. "There is also a huge psychological benefit of growing plants in space," said Levine. "When you have a crew floating around in a tin can, a plant is a little piece of home they can bring with them." Stephanie Covey
NASA's John F. Kennedy Space Center
› Back To Top